The building should have been quiet. Classes were long over for the day. Darkness had fallen on campus and evening study hours were soon to begin. So, when teachers heard the peaceful quiet of the Center for the Arts shattered by a screaming electric guitar and pounding drums last night, they . . . applauded?!

The explosion of sound was, after all, Brooks School's annual Winterfest rock concert. "Premium Cod" served up a seven-song set they'd been rehearsing all fall to fellow students, family and friends in the black box theater on December 7 at 7 p.m.

"The students in this group have really impressed me with their dedication to learning new music and sounding good together," said Director of Music Michael Bruschi of the five-person band:

"Regularly, they've been practicing their parts after hours in our Center for the Arts, putting in the work that ultimately leveled up their collective sound." 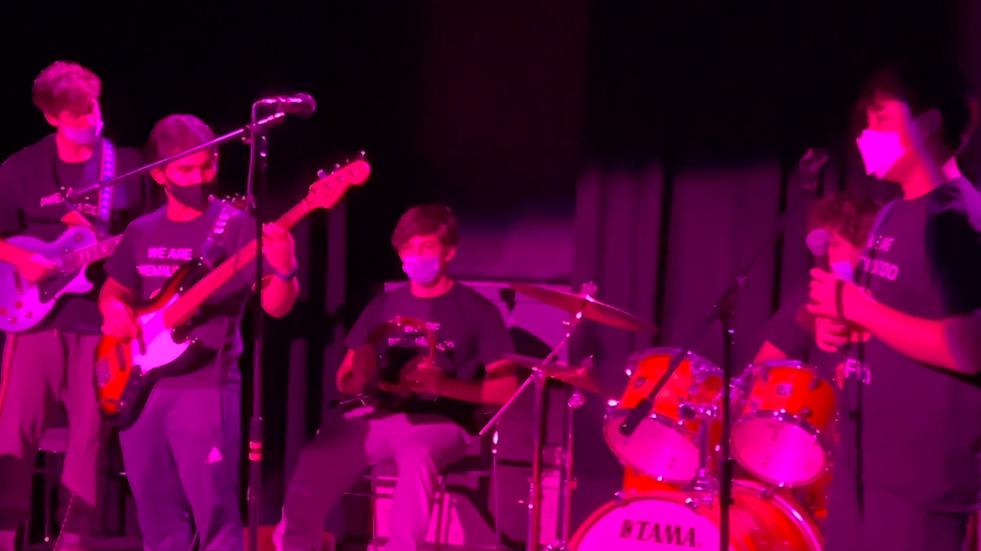 Prior to the concert, which also featured two guest singers, Delaney Eiland '22 and Amy Mojica '22, Bruschi shared how excited he, personally, was for the rock concert since the event marked his first Winterfest at Brooks, having joined the faculty this fall. "I think that musicians and audience alike will feel very energized by this [more intimate theater] venue as it lends itself quite well to an evening rock concert like this," he said. "And I hope that audience members notice just how versatile these musicians are." 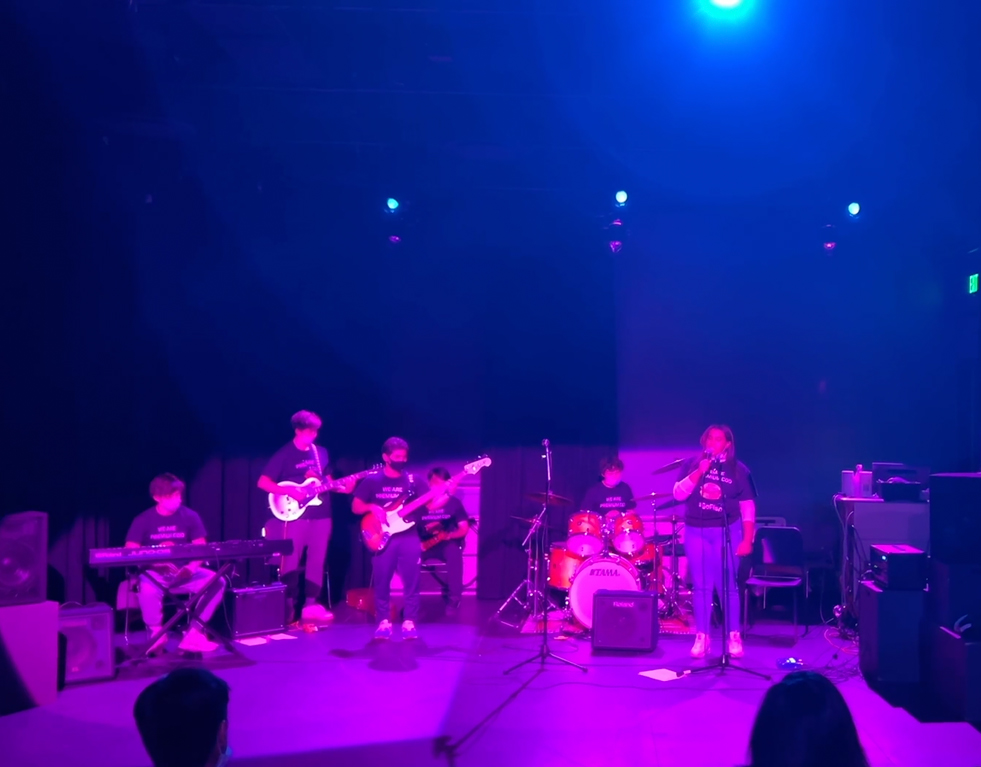 The group has three drummers, he explained, but all have been willing to learn at least one new instrument so that they can play on nearly every song. "In each song in our setlist, I believe, at least one person is playing an instrument that they barely knew, if at all, just three months ago," he said. 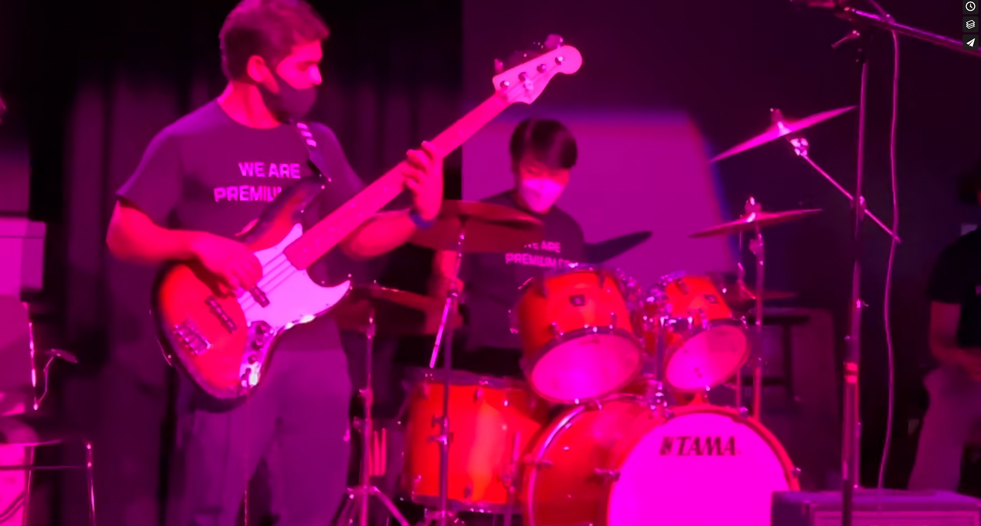 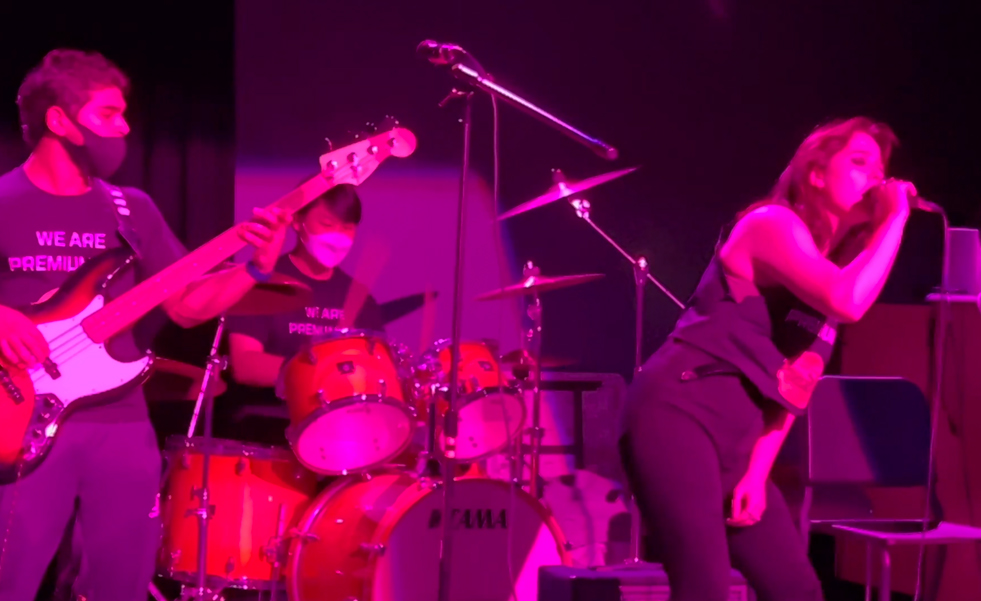 And boy did those songs rock! "Our setlist this year is particularly fun because most of the songs we are playing were proposed, and voted on, by the students in the ensemble back in September," the music teacher revealed. "This concert is the culminating event of our semester in class together and they were excited to bring it to the community." 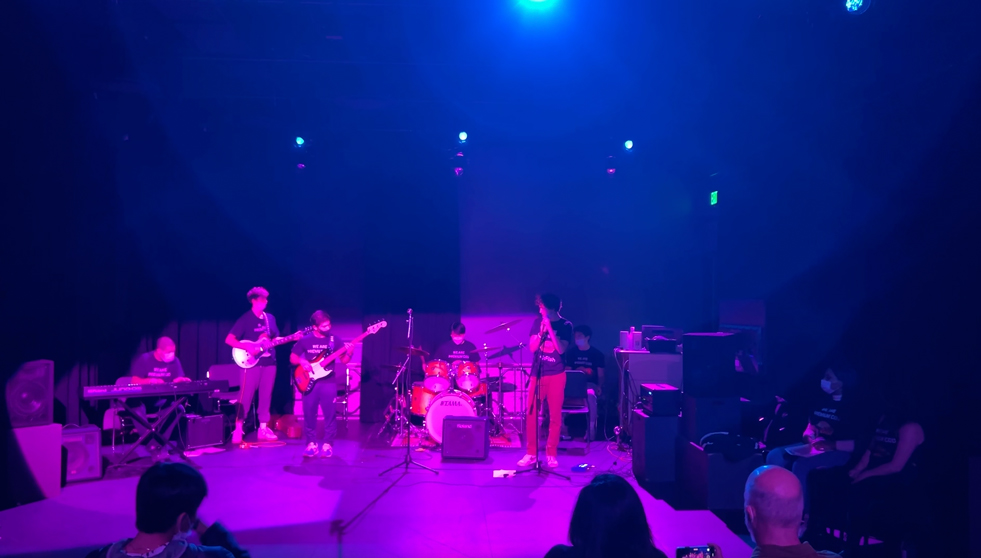 The concert was such a hit Bruschi is already planning a tour, so to speak.

"In the future, I hope we can keep diversifying the places on- and off-campus where this ensemble performs, whether it be rocking out the Science Forum or playing a halftime show at a local college basketball game!"

Catch the show whenever you're free: Watch the whole 30-minute concert online. 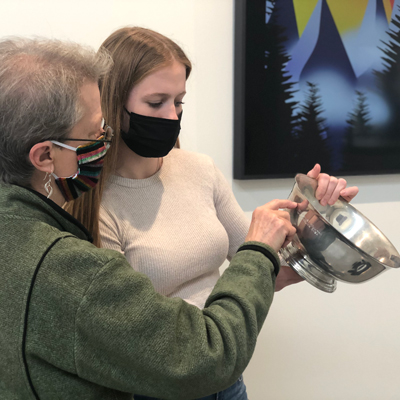 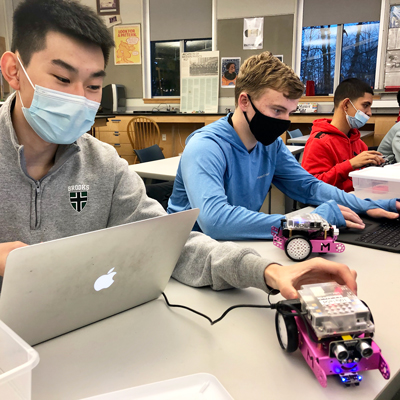 Fun with Robots!
A new robotics afternoon program is challenging students to build and program 'bots to do some impressive challenges this winter.

Running Away with Championship Wins
Two Brooks runners earned New England titles this fall! Kata Clark '25 and Alex Tobias '22 share how it felt like to pull away from the pack — and the new goals they're speeding towards now.