The smell hits your nose before you even open the door. Whiffs of cocoa hang in the air outside of Taza Chocolate, a factory on an industrial side street in the Union Square neighborhood of Somerville, Mass. It's a good sign the "Connoisseurship and Culture: The Art of Tasting" Winter Term class has come to the right place. 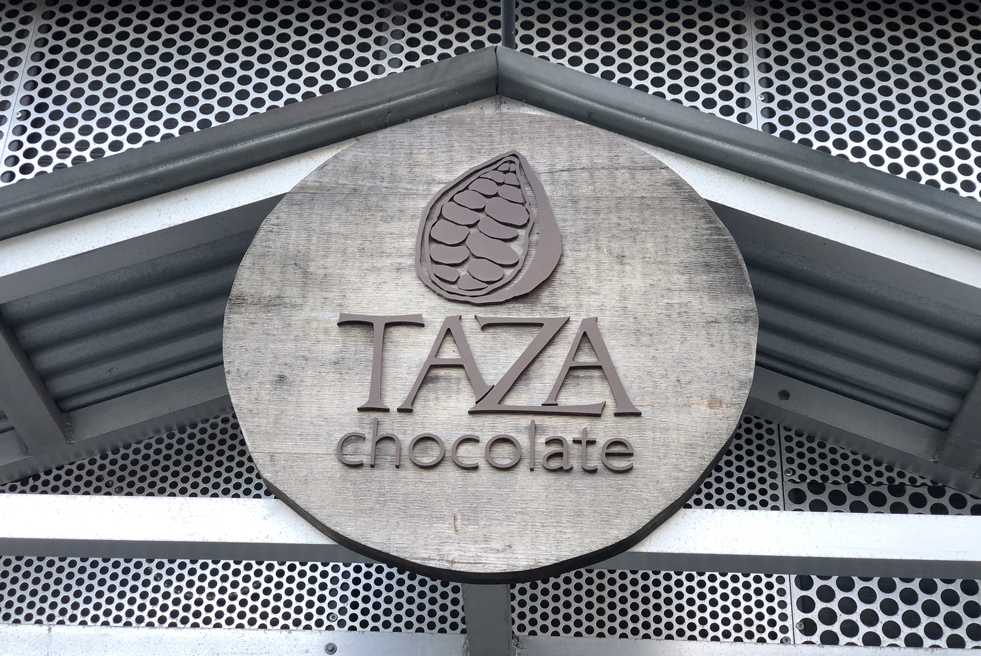 As part of their course on food appreciation — during which students "discover new flavors and learn to appreciate the various ingredients and methods that go into making some of the world's most delicious foods" — the class had bussed to Taza Chocolate on January 6 to taste chocolate and learn about how it's produced at this local factory.

"There's a lot that goes into making chocolate," said the class leader, Spanish teacher Chelsea Clater, who has taught a food-focused course for many years each January during Brooks's in-depth, one-topic-of-study program. "Artisanal practices really help preserve the best flavor of chocolate and every ingredient that goes in is hand-selected to make one beautiful product. It's great to get to experience this kind of eating, as opposed to just being manufactured bars that aren't as thoughtfully produced." 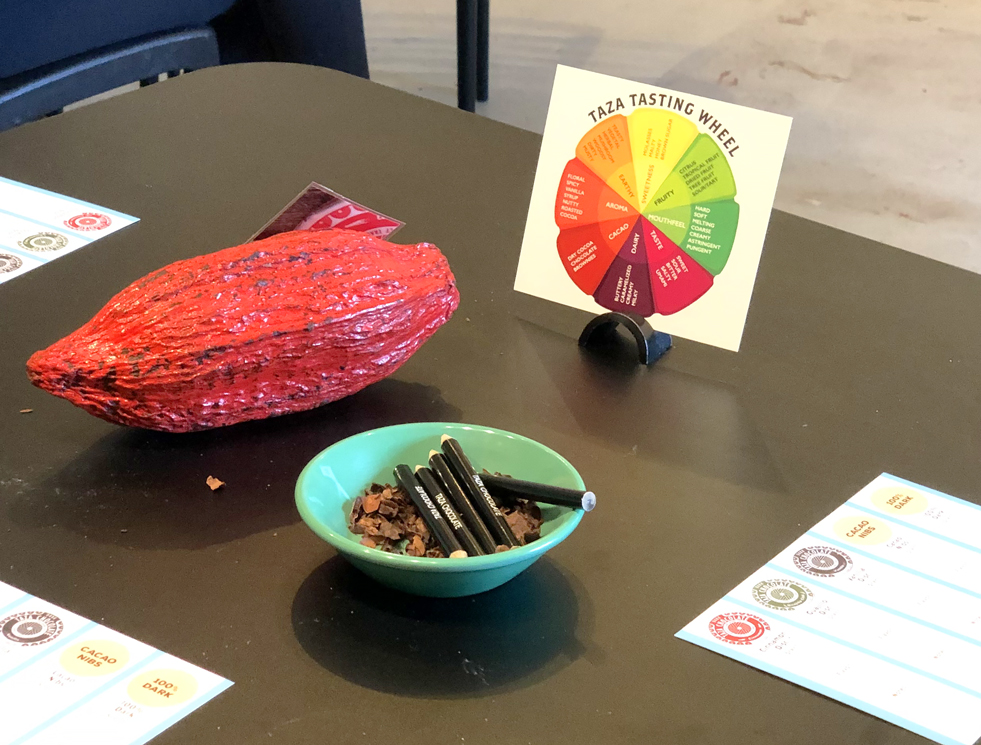 Sampling Taza's chocolates before touring the facility, and enjoying the 16-year-old company's hot chocolate after the walk-through, students got a literal taste of what they'd been studying for the past few days. 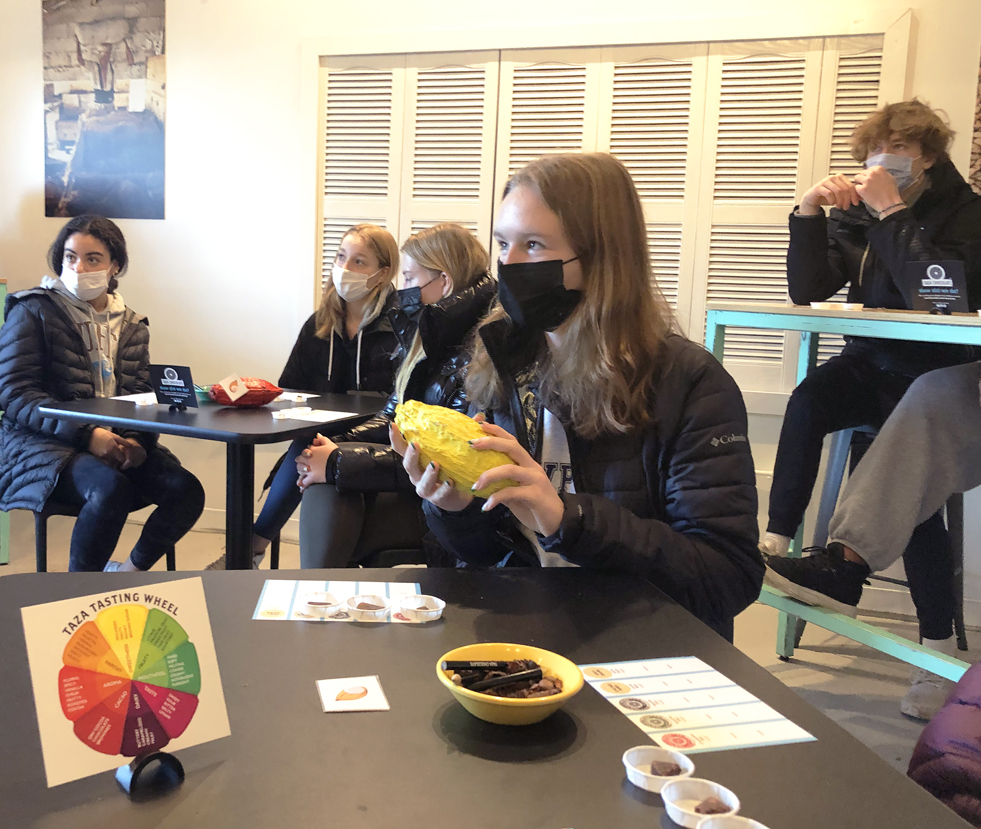 Ditto for Ella Oppenheimer '23. "I usually like plain chocolate but it was cool to try different flavors," she said. "They were all really different and I liked them all in different ways." 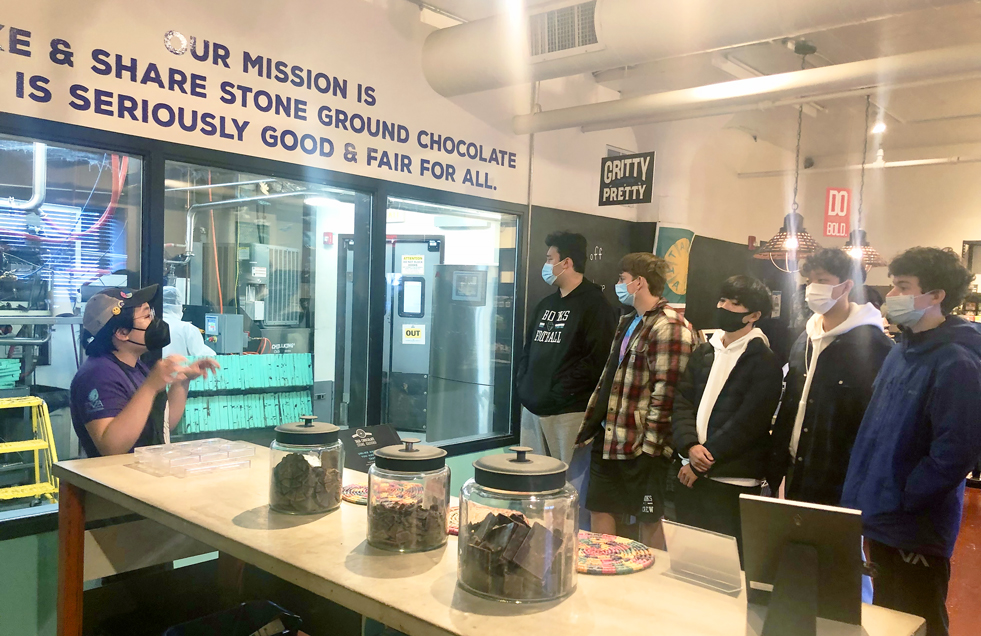 Nathan DuBarry '23 was surprised to learn that his palate has expanded during Winter Term, too. "Gingerbread chocolate was the best one," he said. "I'd never had it before." 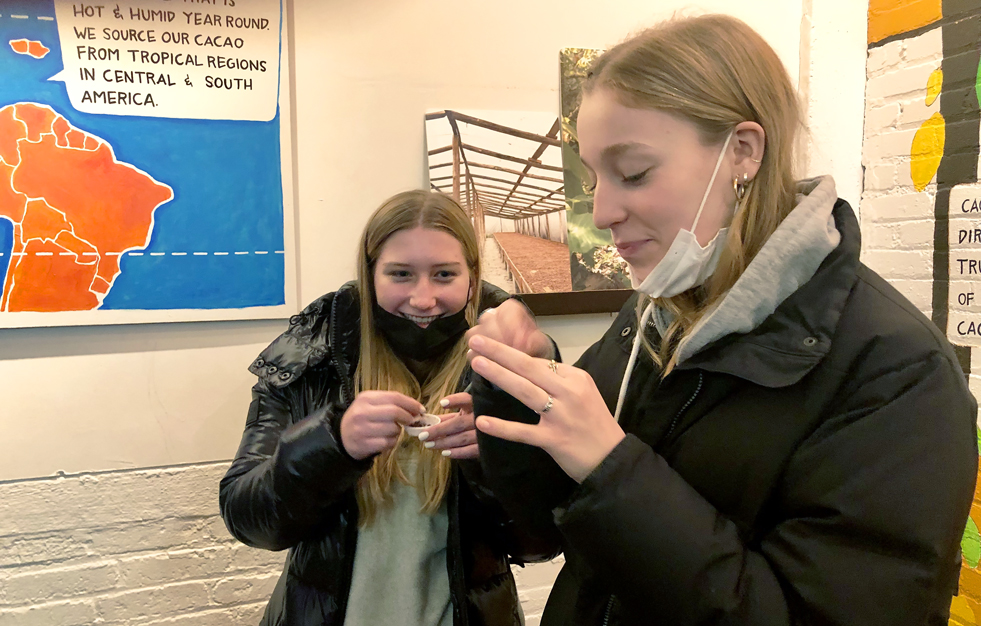 At Taza, the chocolate is organic and stone-ground, made with cacao beans from farmers with whom they have a direct relationship and pay more than the Fair Trade price — all details the Brooks Winter Term class discussed during their hourlong tour.

Olivia Johnson '24 called the experience "interesting," and added that she really likes "how they work directly with the cocoa companies and they took out the middleman so they know exactly what is going down at the farms." 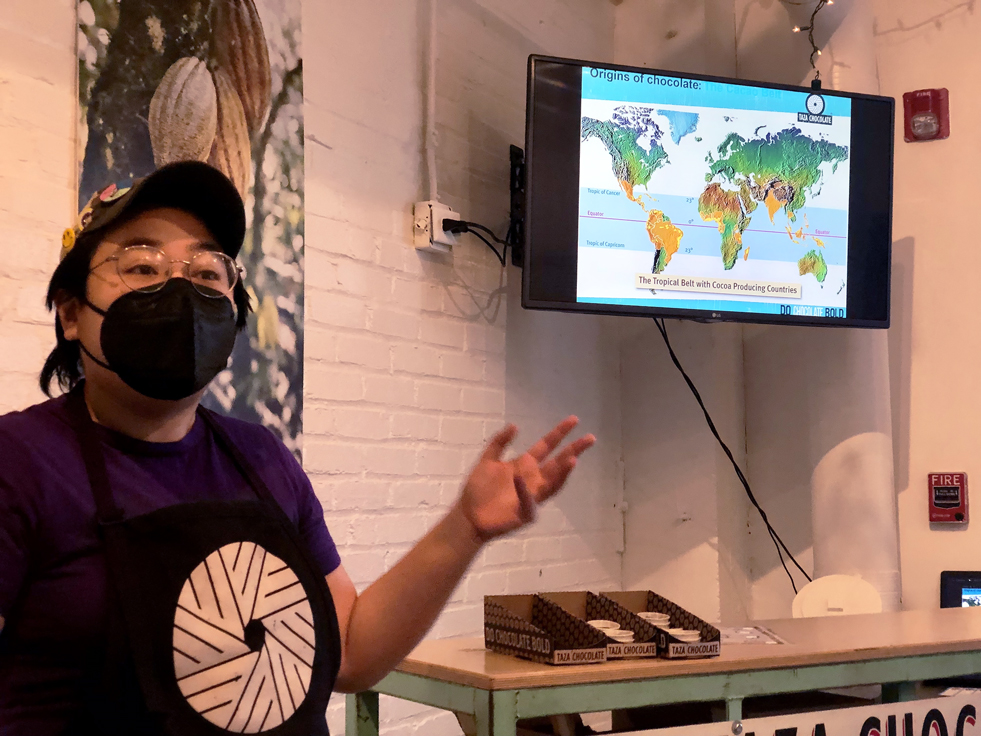 Yota Fukui '23 knew chocolate came from cacao beans but said, "I didn't know the process so it was interesting to learn — and I'm hoping next we could learn something similar about the process for another food."

Just wait, said Clater, who has cheese tasting on the upcoming agenda. "My favorite day is always the cheese tasting day," she confided. "So, I'm really excited to go to Formaggio Kitchen [in Cambridge, Mass.], where the students will purchase a bunch of different cheeses, then the next day we will taste them. It's always the best day!" 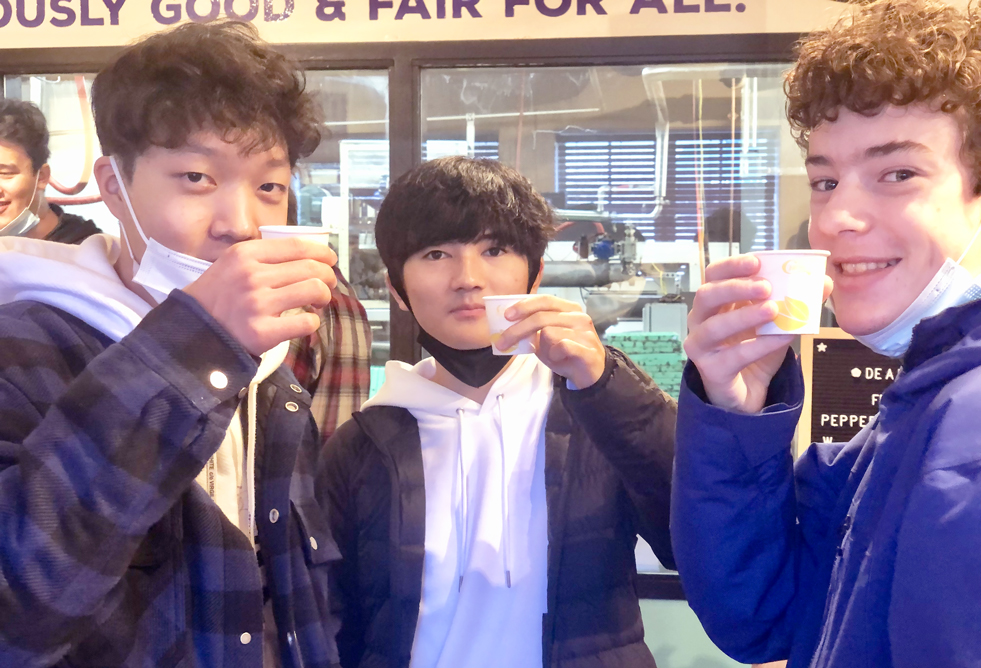 And while this field trip was a special one, it wasn't the only one running at Brooks that day — or week.

The Great Outdoors class was actually first to venture off campus, kicking off their annual adventures of hiking, ice climbing, mountain biking and alpine skiing (while also learning survival and navigation skills) with a mountain hike at the Wachusett Mountain State Reservation in Princeton, Mass., on January 5.

Since then, many Winter Term classes have hit the road. Check out the list below to see where they ventured: 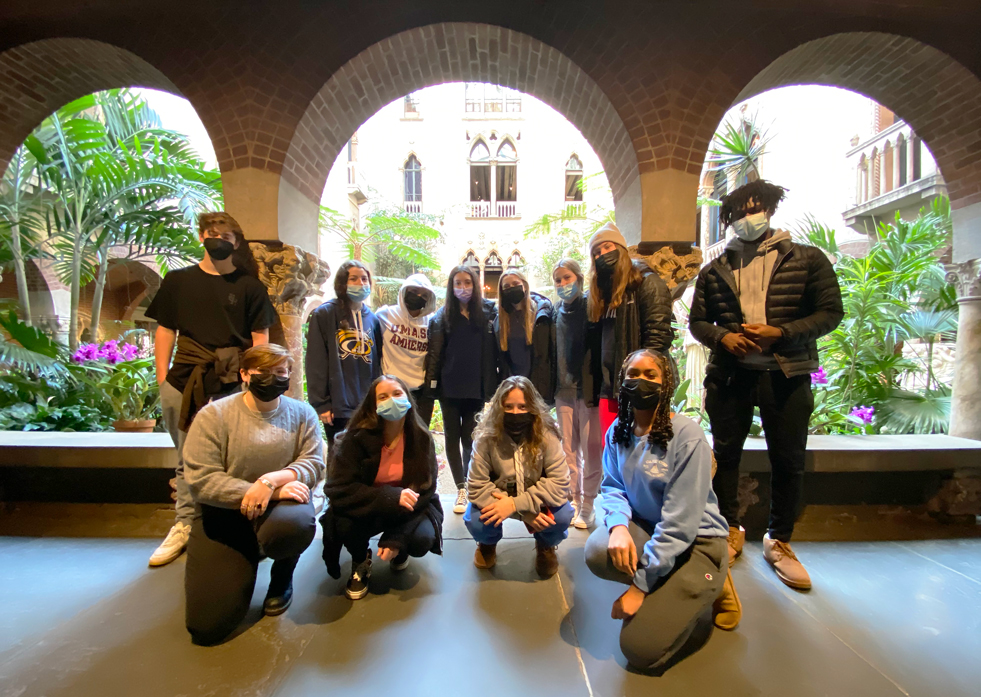 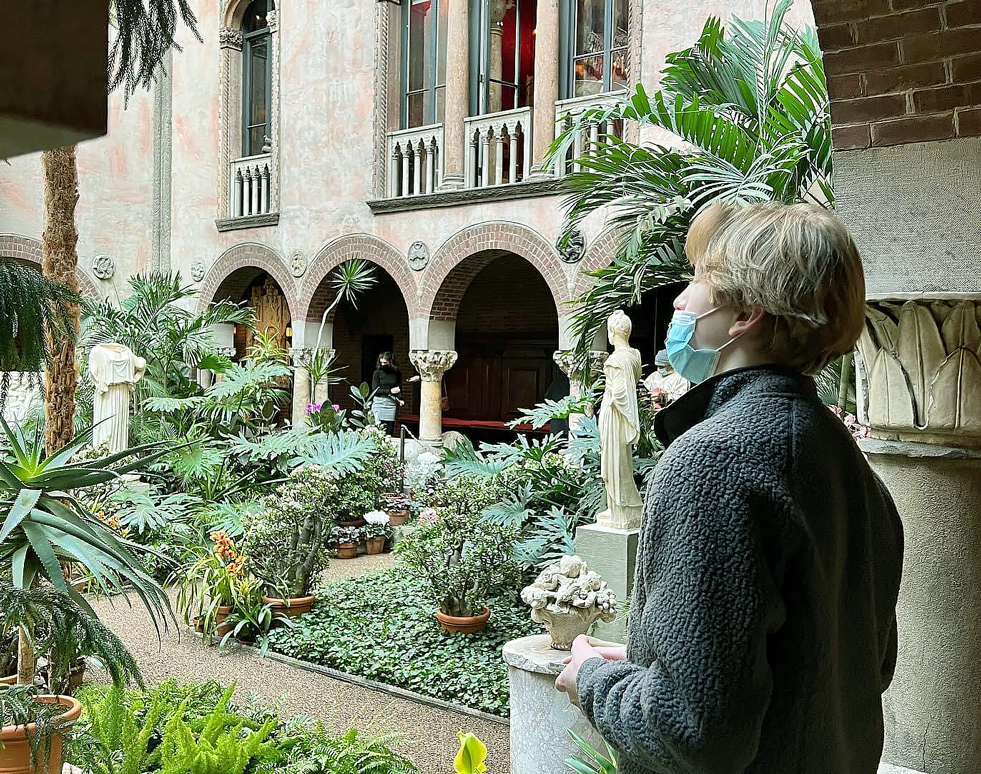 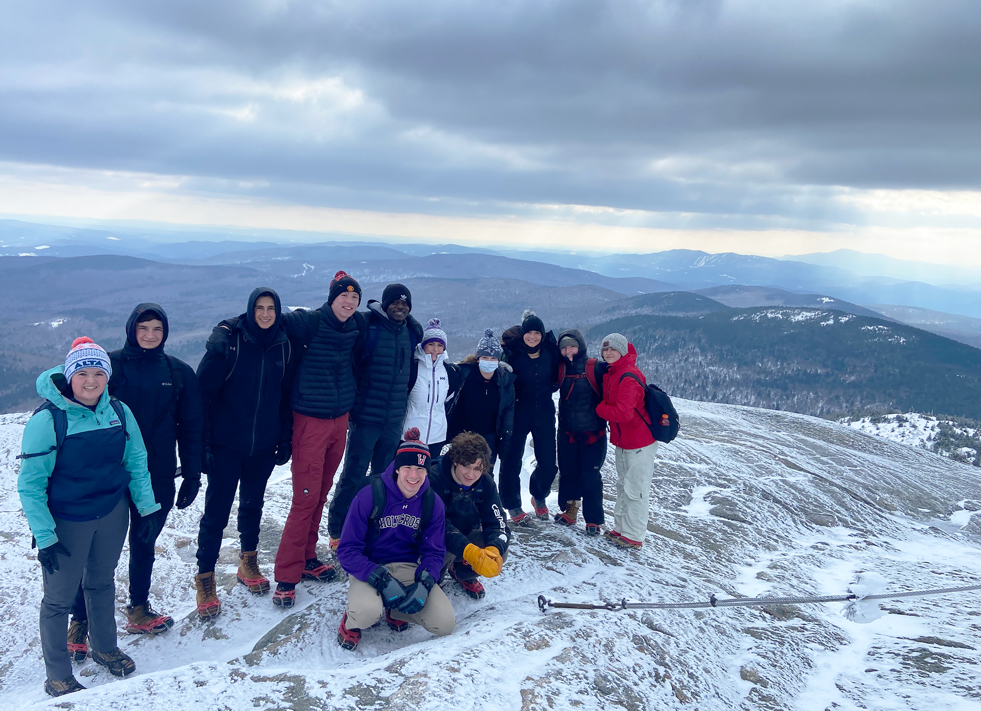 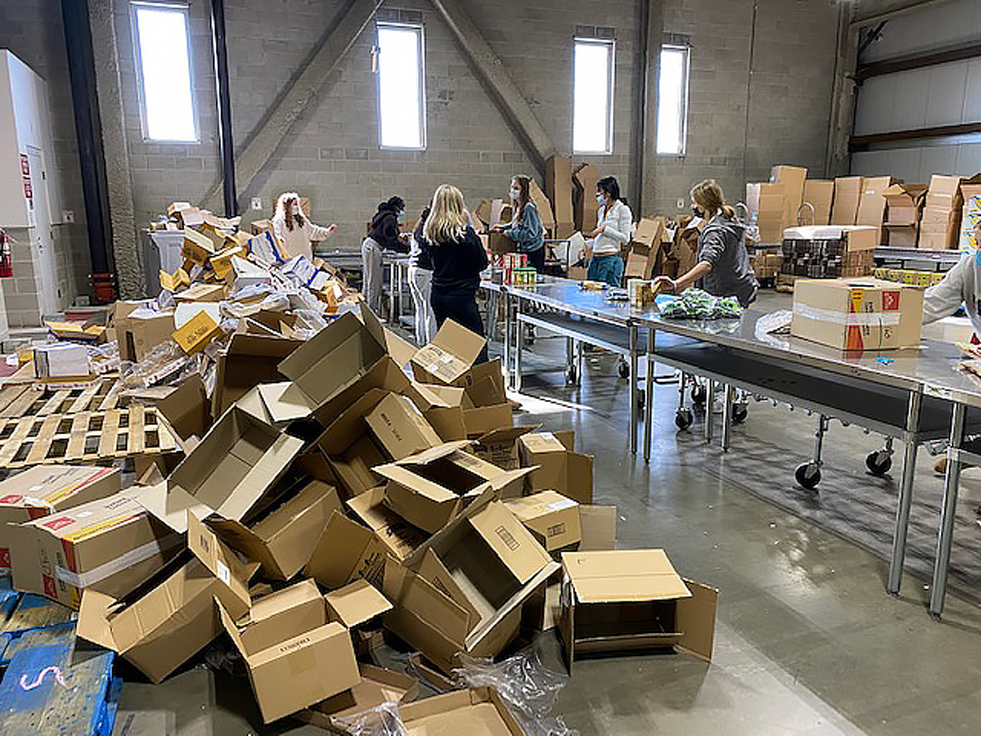 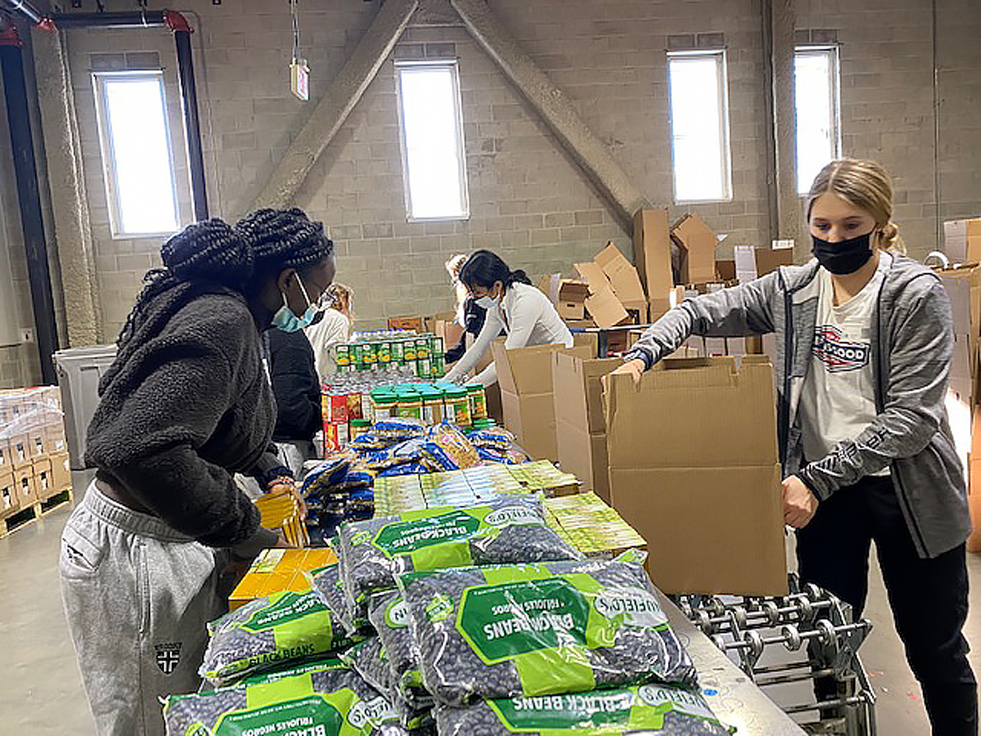 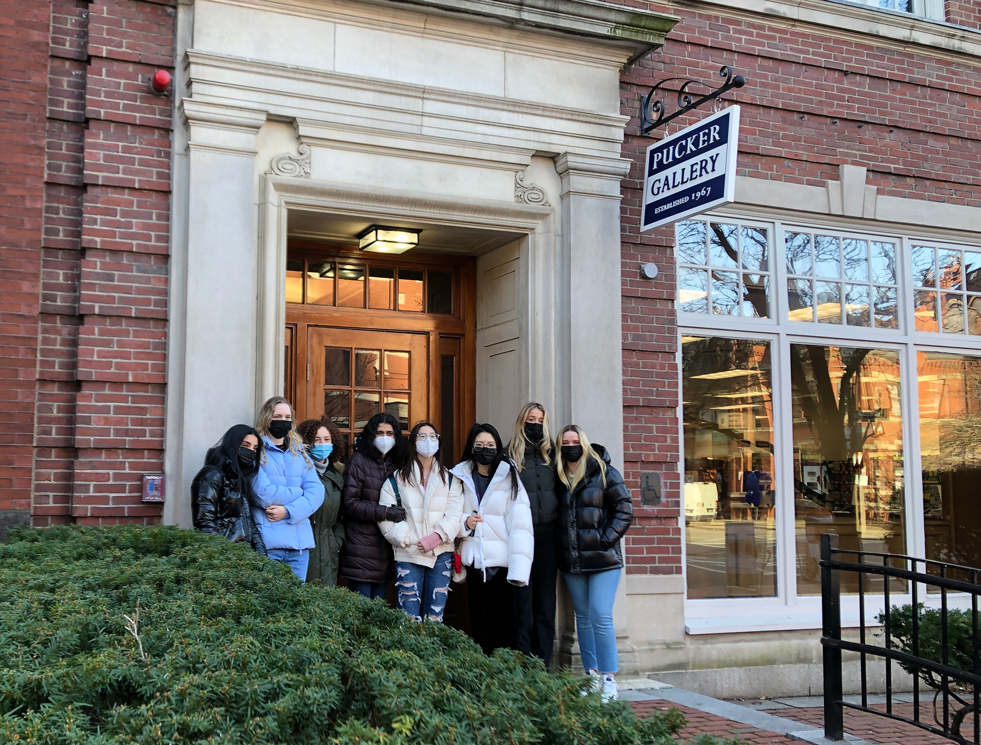 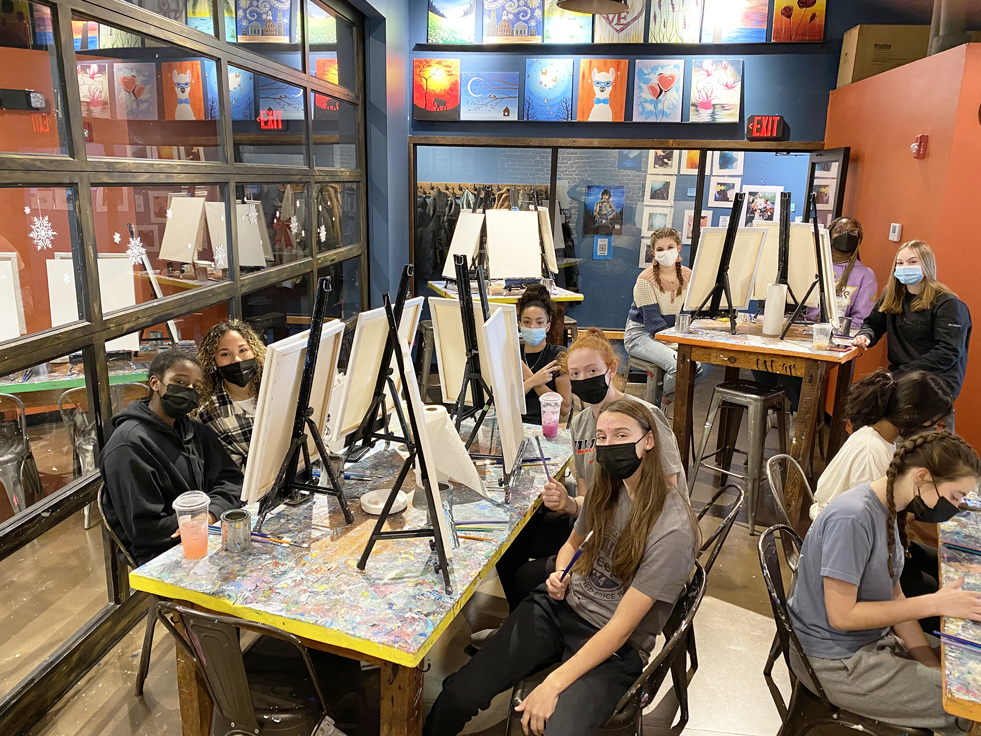 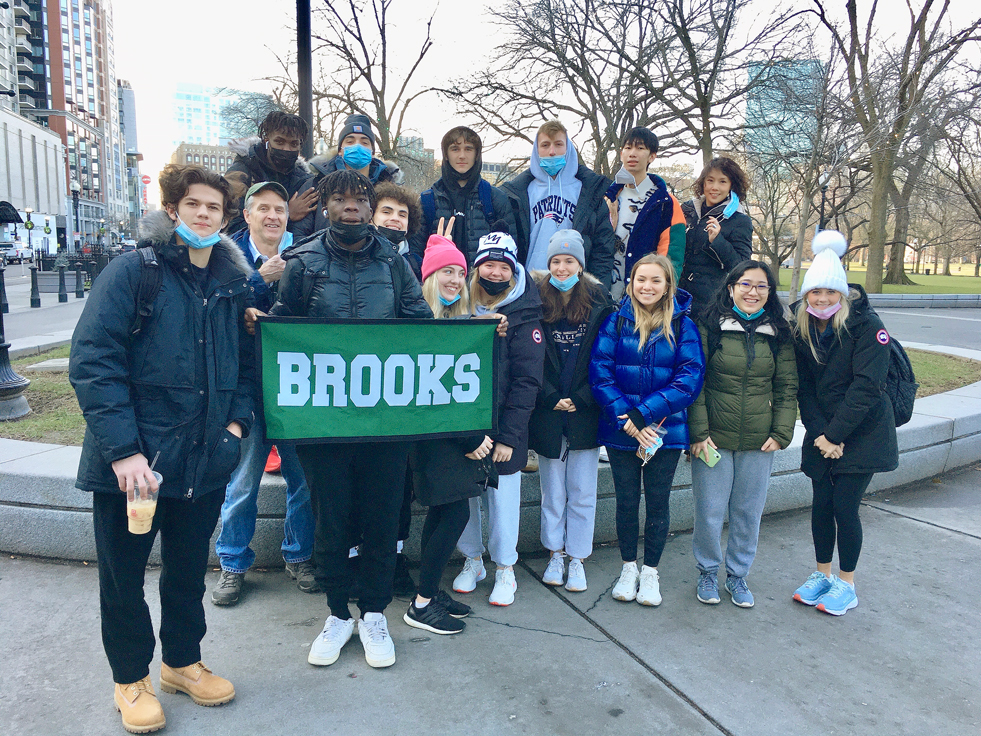 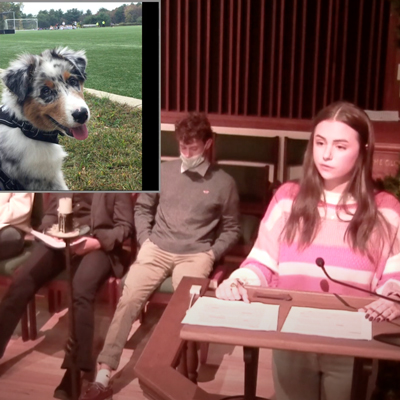 Finding Their Voices
Oratory students gave their final project speeches in Chapel and received a lasting skill: the gift of public speaking. 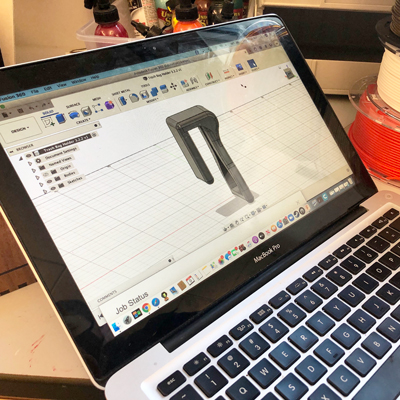 Look What We Made!
Students in the Engineering: Product Design class made four original products that they hope will make life easier for classmates and campus visitors. 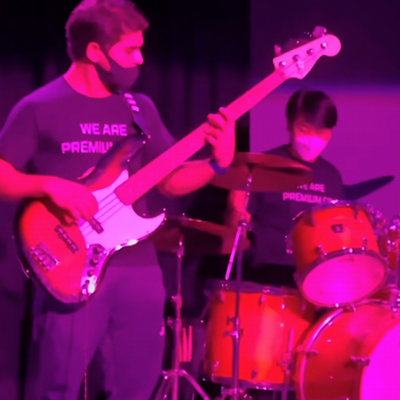