And when Whitaker "Whit" Hagerman Willocks '05 addressed students at Brooks on April 15 in the Center for the Arts, she made those numbers personal by giving them a face — hers.

At Brooks to talk about the tragic loss of her friend, a University of Virginia lacrosse teammate whose ex-boyfriend murdered her shortly before graduation, Willocks revealed how she, too, endured an unhealthy relationship of "extreme highs and extreme lows" with a controlling, jealous and ultimately violent partner for two years during college.

"I try to make her proud," Willocks said of Yeardley Love, killed in 2010 by Willocks's and Love's fellow classmate, whom Love had dated. Love's family subsequently founded the non-profit One Love Foundation to bring awareness to relationship abuse and provide tools to stop it through empowering workshops at schools nationwide, as well as education initiatives.

"Every day she's with us, she's with me and she's with her family, and because of her, millions, I kid you not, millions of individuals are getting educated on what love means, what it feels like, what healthy relationships look and feel like — and what unhealthy ones look and feel like, and how do we get out of it," said Willocks. "How do we ask for help? How do we recognize things? How do we stand up for our friends? How are we thoughtful about how we treat people and how we are treated?"

See pictures from Willocks's guest speech at Brooks on brooksschoolphotos.com

It's a message Willocks wishes she'd received earlier. Admitting that she often felt insecure during college and struggled with confidence when she wasn't on top of her lacrosse game, the 2015 Brooks School Hall of Fame inductee (a three-time lacrosse All-American and three-time ACC Champion) didn't recognize that her football-player boyfriend was isolating her from friends and dangerously jealous. "I just thought, 'That's normal," Willocks said of his keeping tabs on her. "'He cares a lot and likes to be the one in control.'"

Willocks with Head of School John Packard in 2015 at her Athletics Hall of Fame induction.

Relating an incident of him punching a wall right next to her head to intimidate her, Willocks said she now looks back at herself and "I want to shake that girl and say, 'Wake up!' My only hope is that should you ever find yourself in one of those situations you have someone who can help you wake up because now we have the tools and the language."

Bringing exactly those One Love Foundation resources to students has become a mission for Willocks, now an Assistant Director of College Advising and girls lacrosse coach at Kimball Union Academy.

"If you're ever feeling overwhelmed, that feeling of walking on eggshells, that feeling of ... you don't know how they're going to react to a simple question or a mention of someone's name, those are signs [of an unhealthy relationship]," she told the Brooks student body. "That's not right and you don't deserve that."

Discussing "'What does it mean to be a good friend? To take care of those around you?' Those conversations, being thoughtful about that, it matters," she told students. "It's not just about dating violence, that's the core of it, but there are so many different layers."

"That loyalty of knowing when to stand up to a friend, when to stand up for a friend, that matters," she said. "How you treat people matters, and how people treat you, really matters." Encouraging Brooksians to lean on friends and "hold that mirror up to yourself sometimes and to your friends," she imparted a big-picture message before concluding.

"Here's the thing I want you to focus on: Trust yourself," Willocks said. "Trust your gut. Know your worth. Know how amazing you are. ... Don't lose sight of the person you are and the person that you want to be. I lost sight of that girl. ... but I got through it and I'm stronger now."

After her emotional address on stage and standing ovation, Willocks greeted former teachers and administrators as well as current students. Standing in the hallway, as the latter drifted back to their classes, Willocks reflected on what it meant to her to bring her hopefully live-saving lessons to Brooks.

"I think, gosh, had someone come while I was at Brooks and spoke about just having tools and that acknowledgement or that awareness for relationships, and just what simple healthy relationships look and feel like ... That was never a thought in my mind growing up," she said. "...We never broke it down and talked about these things. So, I can often, and I do often, go down the rabbit hole of 'Had I known these things, had I had these conversations, would any of this not happened? Could I have saved [Yeardley]? Could I have saved myself?'"

"And I can't go down that rabbit hole," said the mother of two, whose five-year-old daughter waited for her outside the Center for the Arts, playing with family on the campus children's playground. "All I can do is now, in the place that I am now, come back and share my story — and to share it with the community that helped make me as strong as I am today."

"I felt so at home here [that...] there were things I shared today that I've never shared before," she added. "I was just trying to look in the eyes of the students and I hope that they caught a piece of it, or it resonated a little bit, so that if they take one thing away ... they're better prepared for life beyond Brooks. Then, I've done my part."

Visit the One Love Foundation to learn more about their efforts to promote healthy relationships. 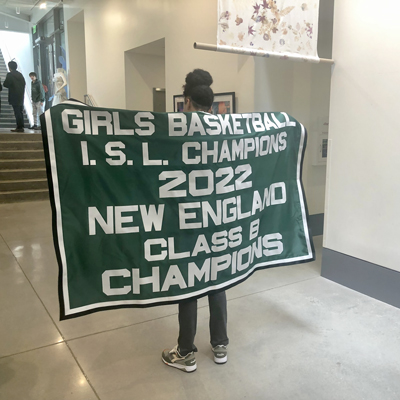 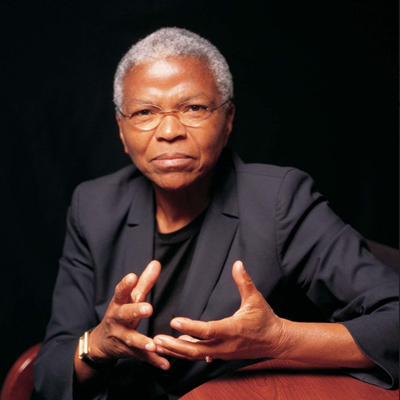 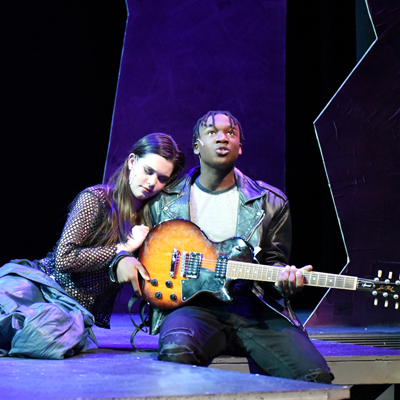 Audiences "Blown Away" by Production of Rent!
Brooks School's Firetrail Theatre didn't just bring the rock musical to life, they connected it to real life and a bigger picture of health equity in the United States today.