As soon as Brooks School's Spring Break began at the beginning of this month, athletic teams took off for pre-season training in warm weather.

More than eight spring team squads jetted down south to start practicing together, documenting their trips on Instagram along the way. And while the destinations varied, from spots in South Carolina to facilities in Florida, the goals for each group were the same: practice, bond and have a blast while doing it! 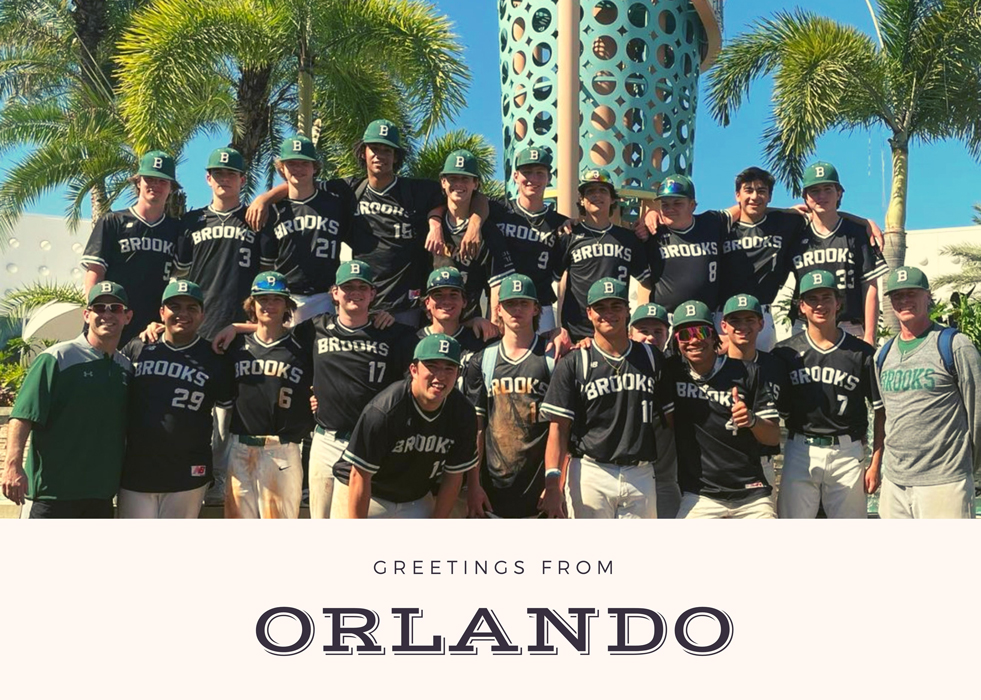 The team flew to Orlando, Florida to play in the Bear Creek Pony Baseball League facility. In addition to loads of practice, the athletes took the field for about five competitions including two doubleheaders. 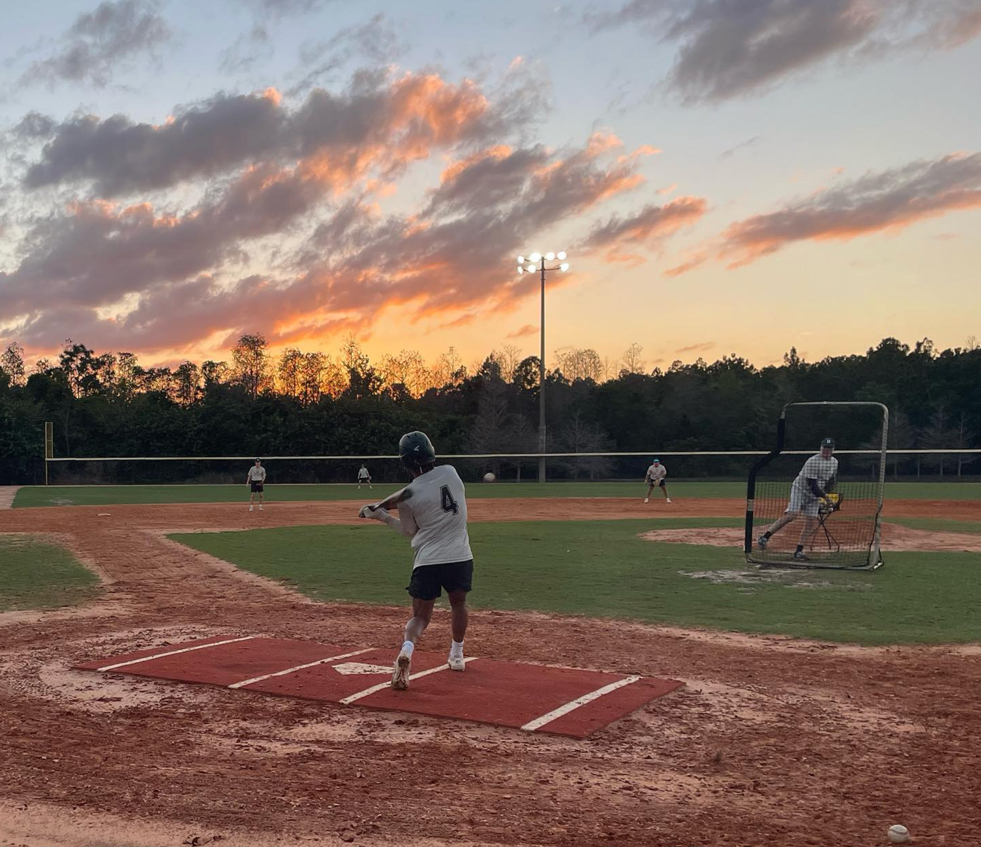 The last day on March 18 was "a great end to a fantastic trip, sweeping the doubleheader today with a 10-3 and 6-5 walk-off win!" as detailed on the team's Instagram. "A 4-2 trip, lots of great baseball, and a lot of laughs." 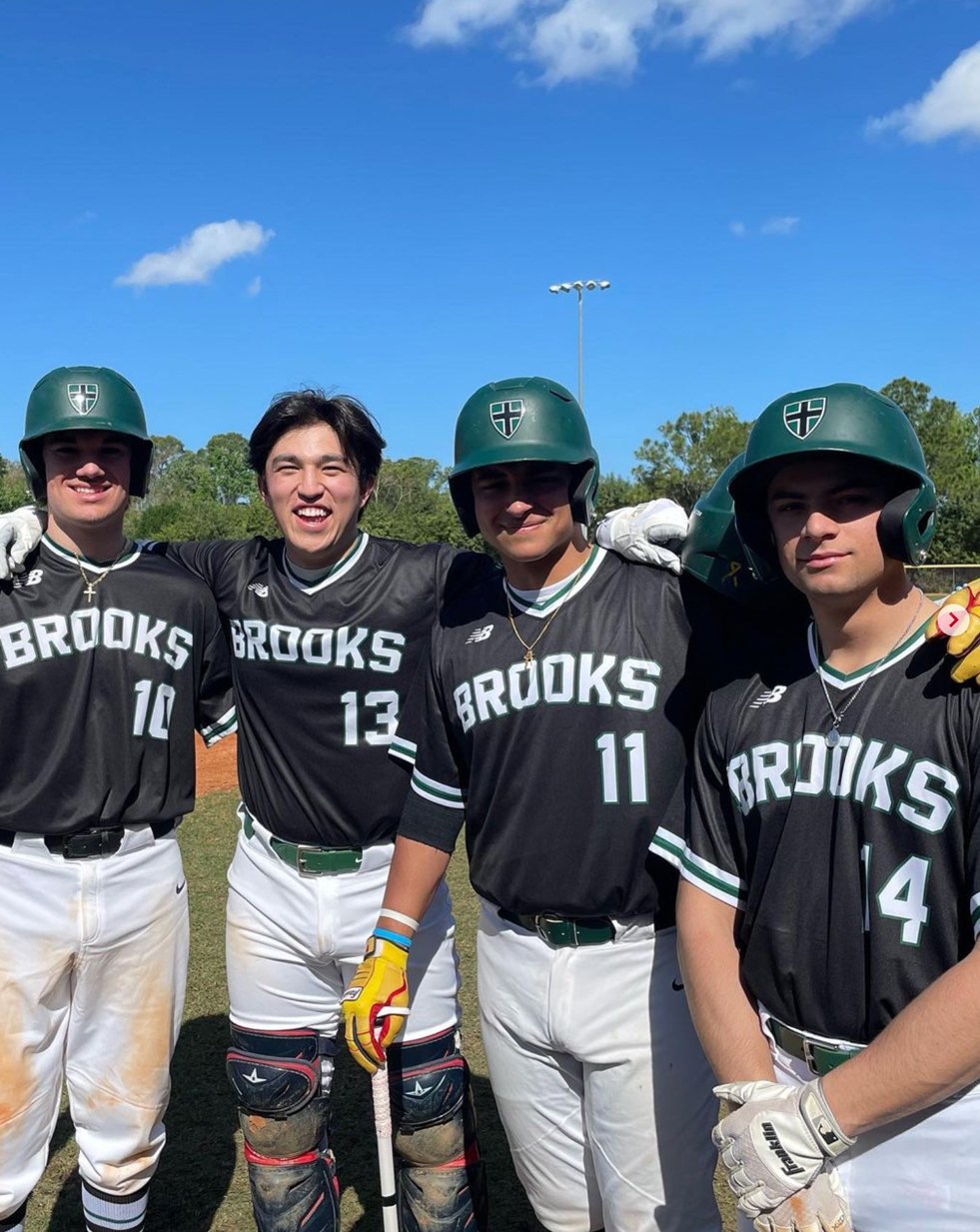 They'll keep the momentum going with their first regular-season game next week on Wednesday. The boys 1st team will face Phillips Exeter Academy away, while the boys 2nd team starts their season on April 9 away playing Tabor Academy. 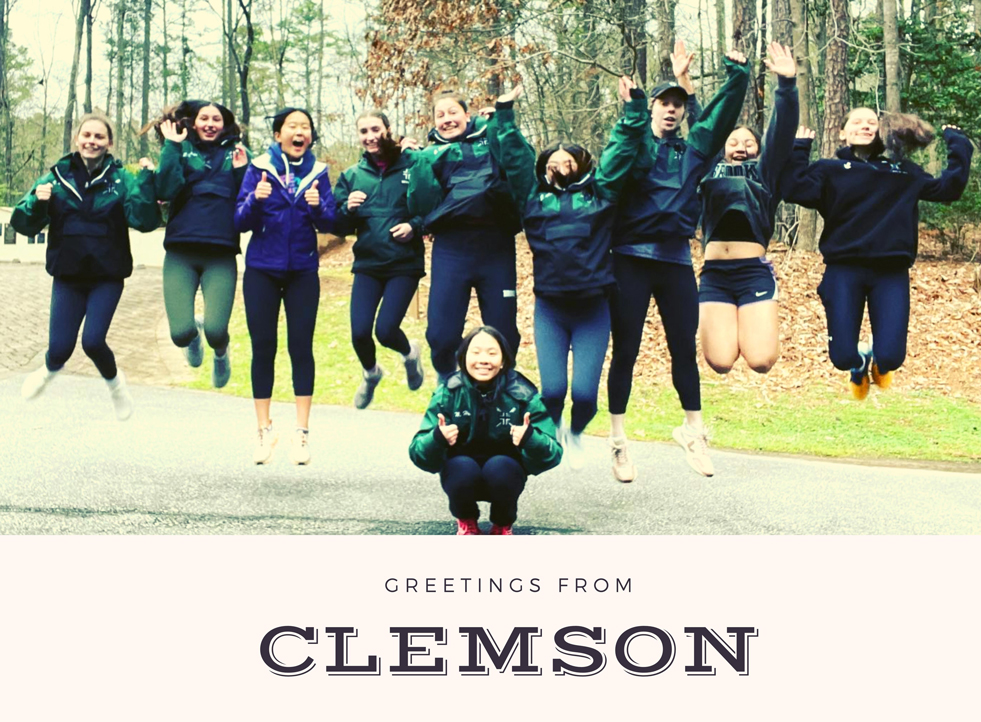 The first team to kick off their spring training trip, on the first weekend in March, crew headed down to a facility they've trained at for many years: Clemson University's Outdoor Lab in Pendleton, South Carolina. "It's good to be back!" the team declared.

In addition to rowing, the crew enjoyed a couple of birthday celebrations, their annual "cabin awards" and games including musical chairs. 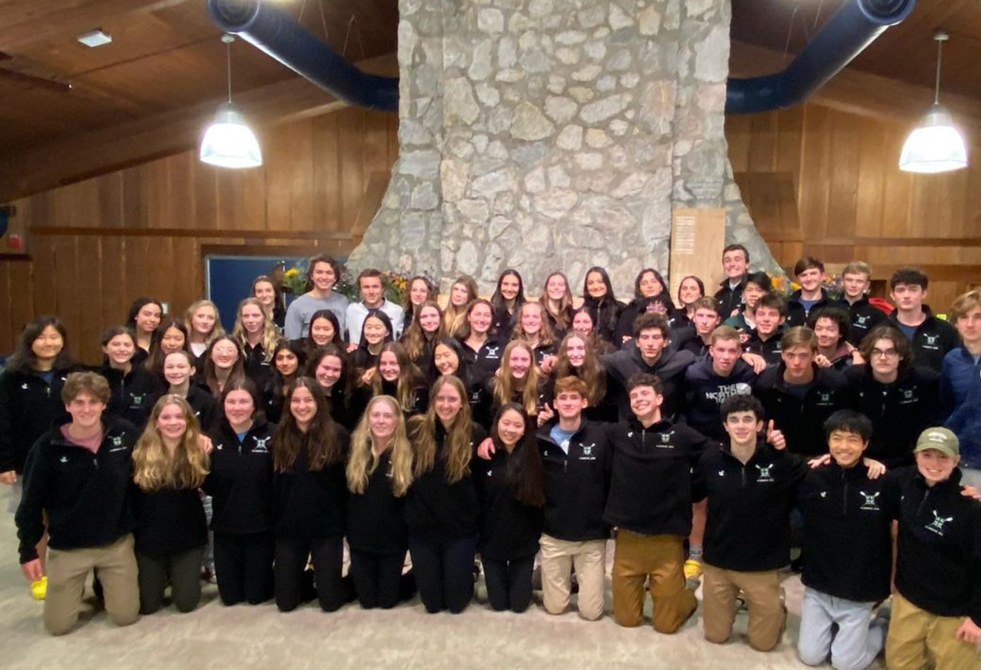 The real competitions, during crew's regular season, will begin on April 9 with the boys 1st and girls 1st crew taking on Dexter Southfield School at home on Lake Cochichewick. The boys 2nd and girls 2nd crew start on April 16 with races against the Noble and Greenough School at Brooks. 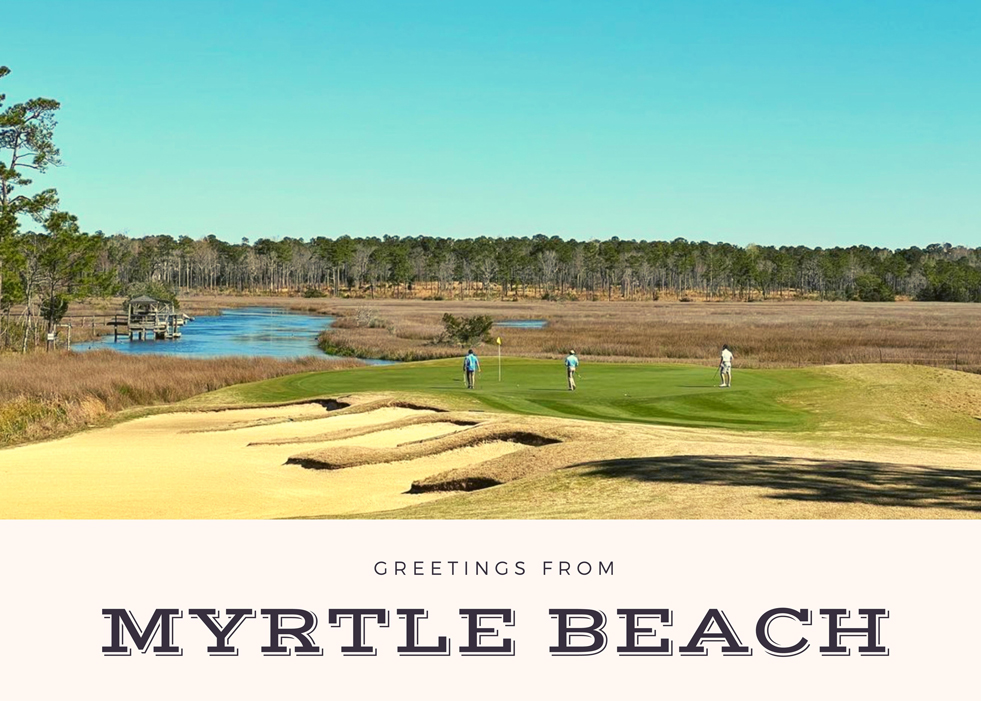 Myrtle Beach, South Carolina was the destination for Brooks School's golf team. The group participated in three days of play — 36 holes a day.

The highlight? A sunny, spectacular day on the Glen Dornoch Golf Course on March 22. 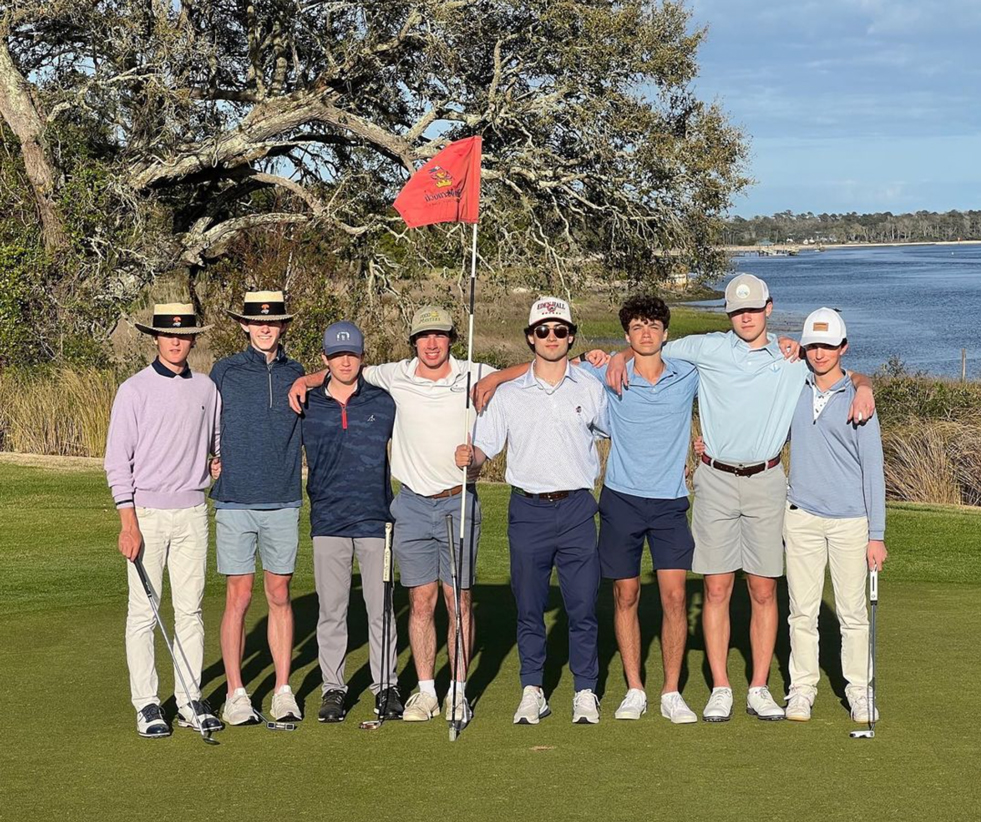 The golf team schedules are still being determined as of press time, so anyone wanting to keep tabs on the team should check Brooks School's website for updates. 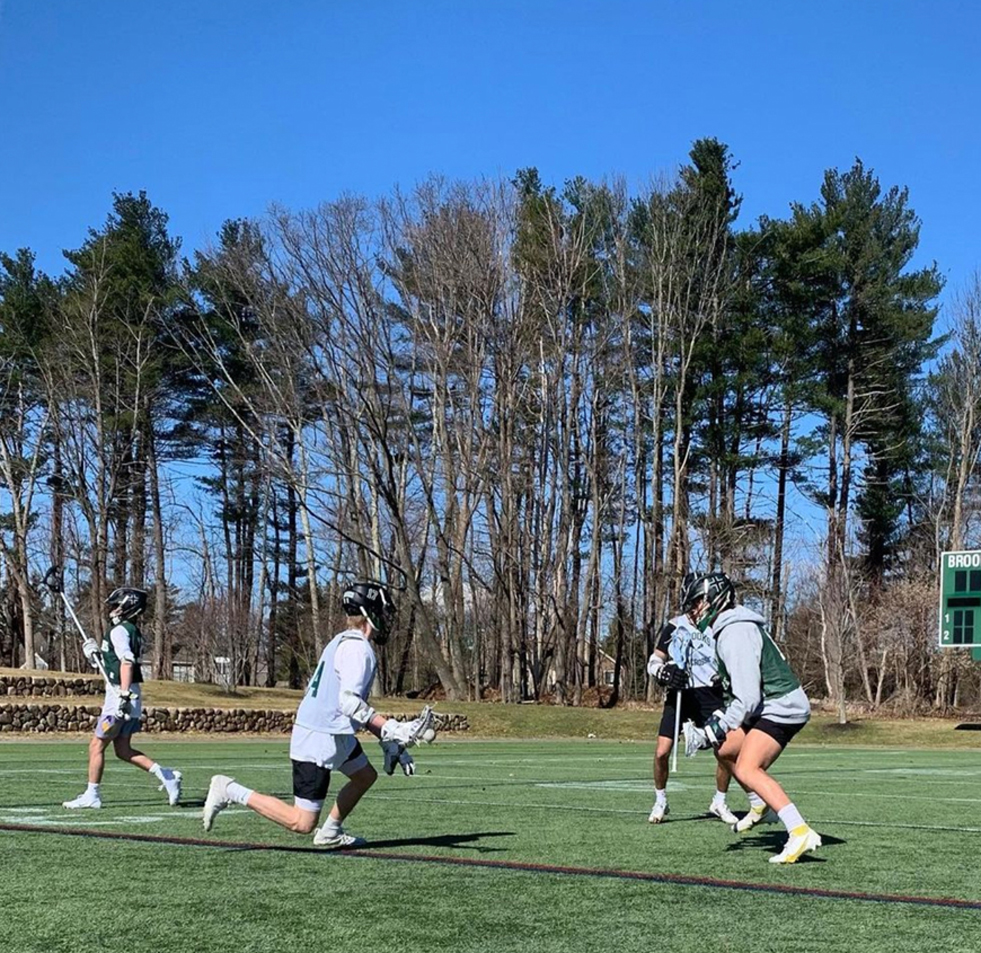 While the girls lacrosse players joined in the off-campus exodus for their spring training, the boys teams stayed at Brooks and made the most of having Brooks for themselves. "So grateful to have the box facility to work on new concepts," coach Dean Charpentier wrote on Instagram, adding later, "No better place to play than Trustey Field!"

The boys 1st team's first regular-season game is this Saturday at home against St. Paul's School. The boys 2nd team will also begin their regular season at home, on April 9, when they play Buckingham Browne & Nichols School. 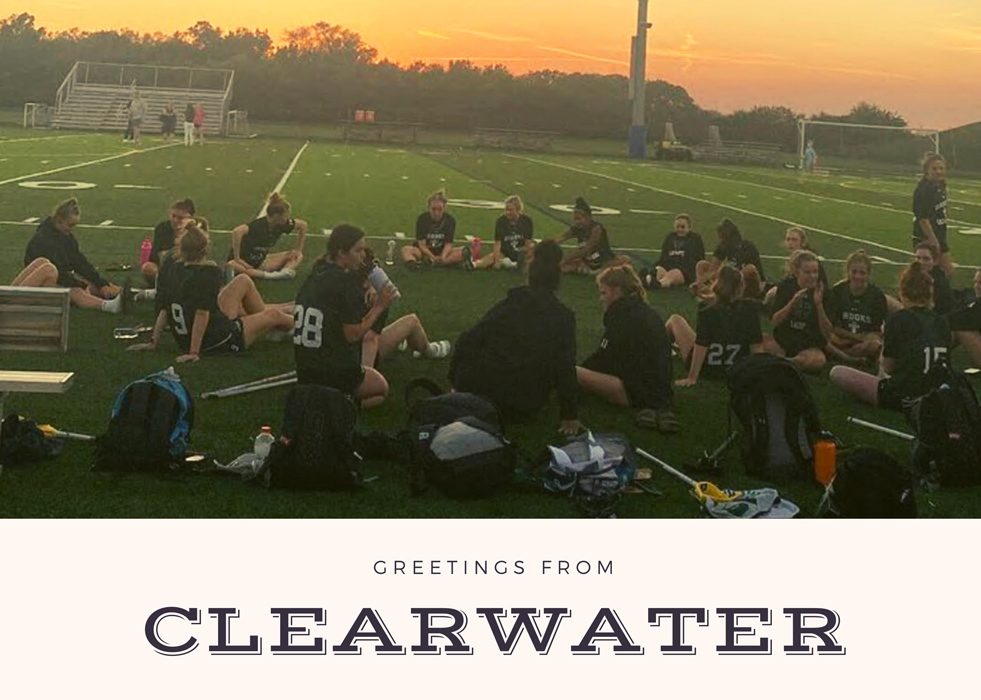 Meanwhile, the girls team headed down to Clearwater, Florida on March 18 for practices, games, team bonding and even some beach time. "We are feeling ready to roll," they proclaimed following one of their trip wins. 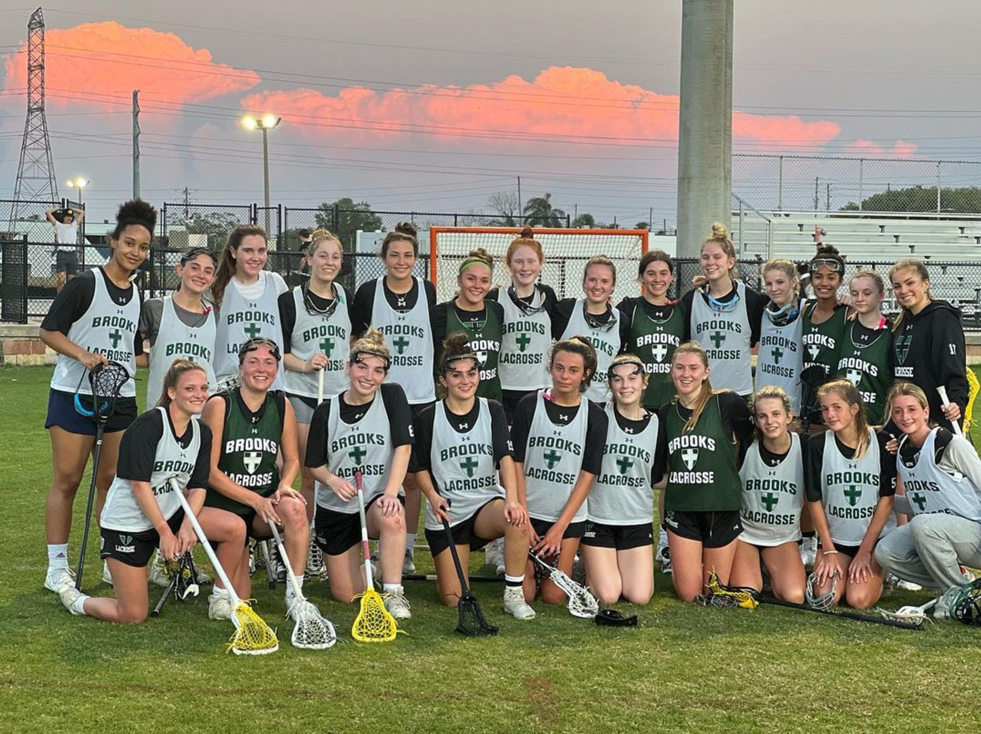 Upcoming on the girls 1st team schedule is an away match against Kimball Union Academy on April 2. A week later, the girls 2nd team will hit the road too, to take on Tabor Academy. 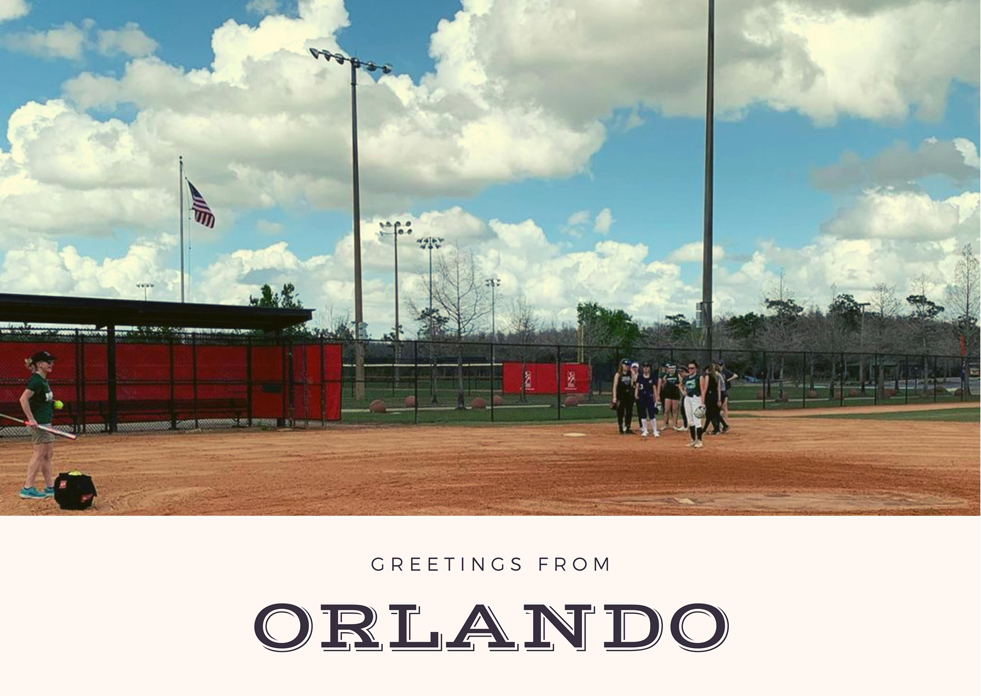 Brooks softball made sunny Florida their home base for spring training, too. The squad hit the Universal Orlando Resort for practices, games, and some fun, of course. On March 13 the team noted that they "had the best time" and are "ready to get to work this season!" 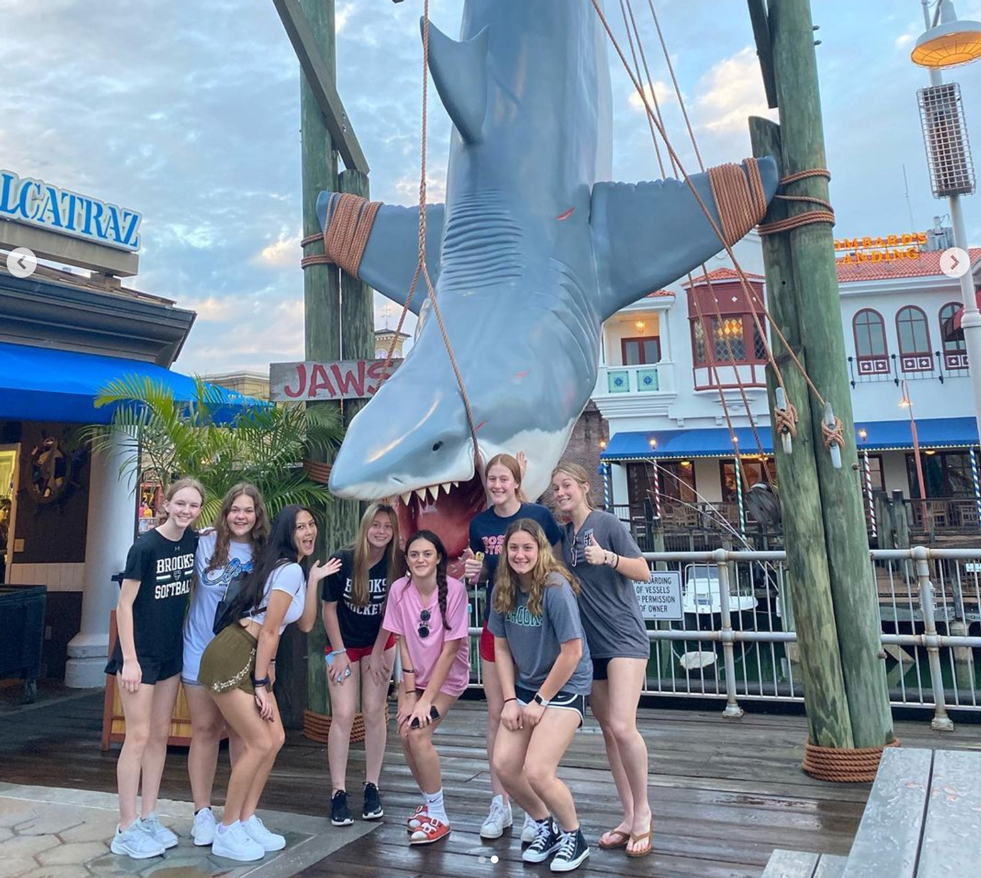 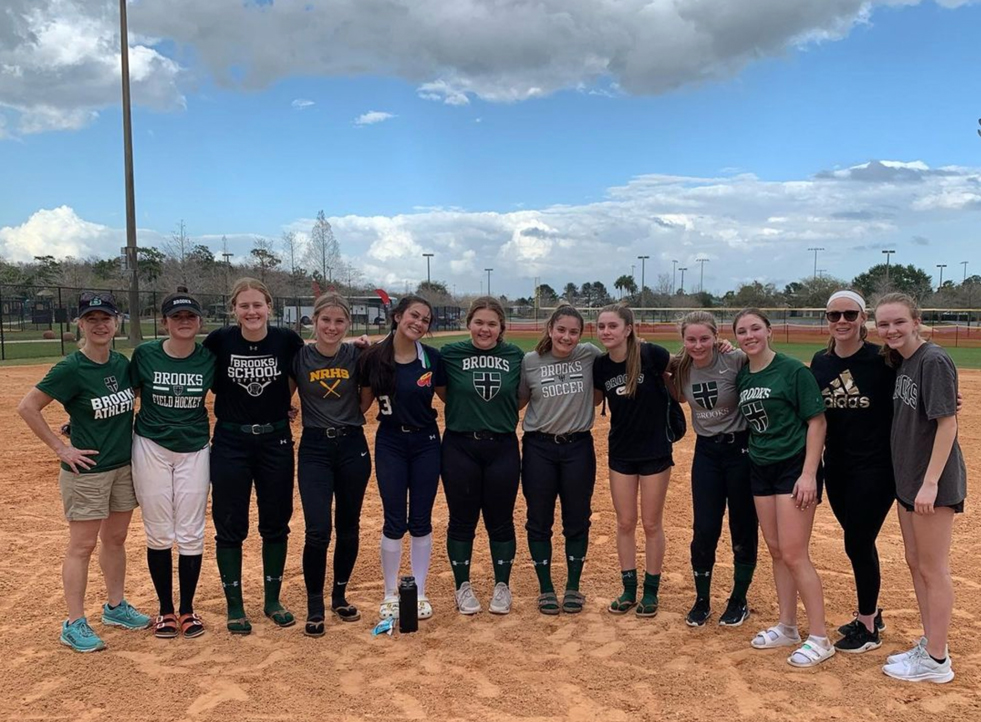 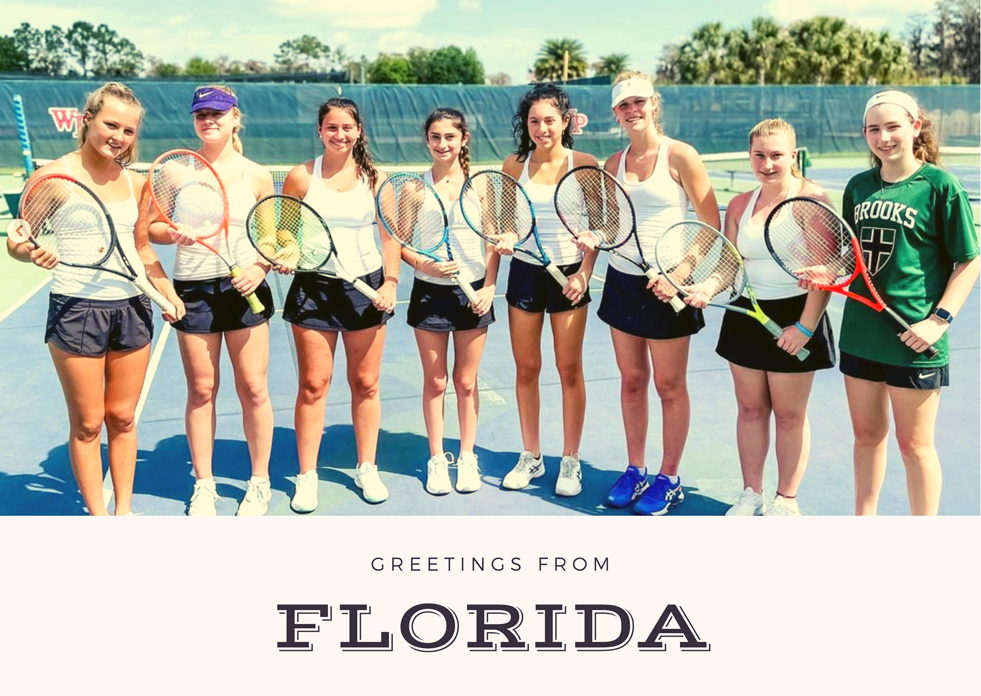 Getting in on the action in Orlando, Brooks tennis headed there as well this Spring Break. "Brooks Tennis is gearing up for their first match of the season in sunny Florida," coaches wrote on the team's brand-new Instagram on March 19. (Brooks School's boys tennis team didn't take a spring trip this year). 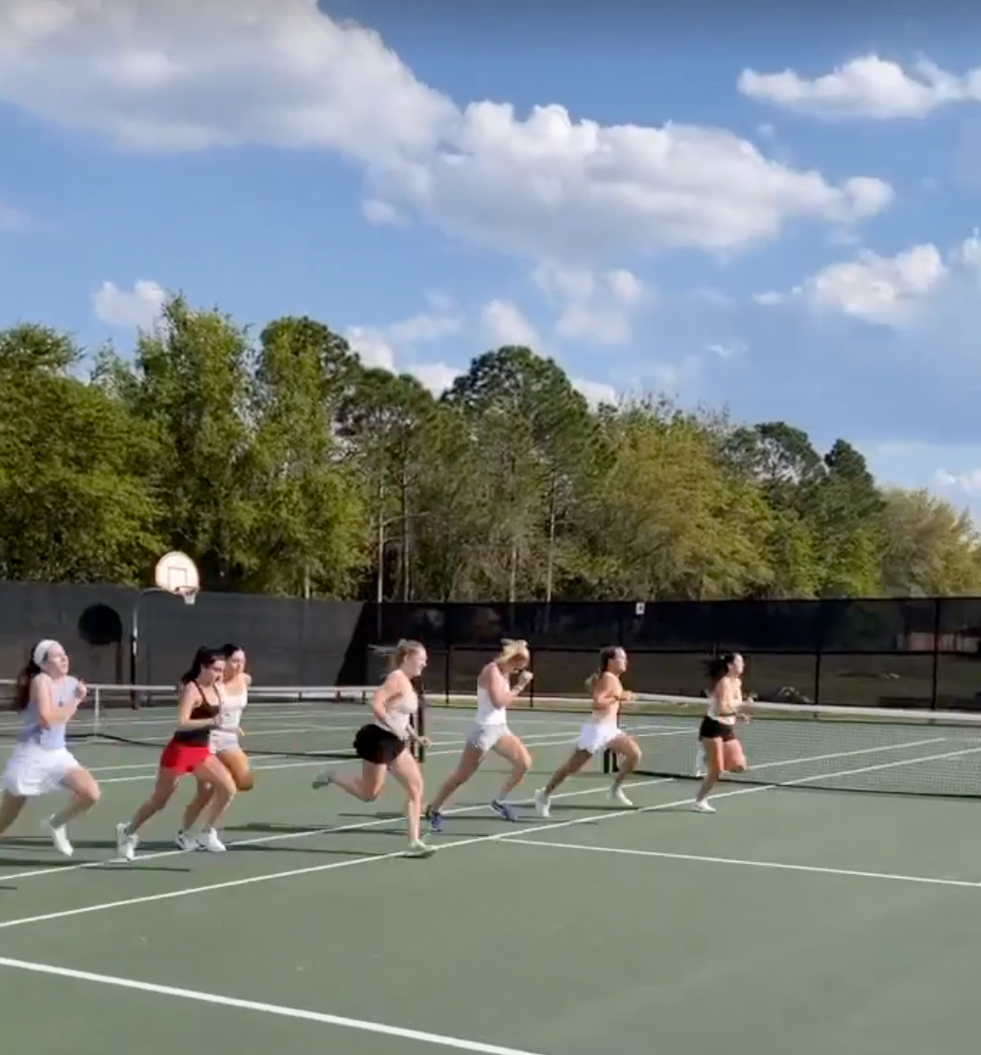 They'll put their practice into play on April 2 when the girls 1st team faces Kimball Union Academy on the road a week before the girls 2nd team takes on Tabor Academy at home April 9.

Follow all the upcoming athletic schedules on Brooks School's Athletics pages and join us in wishing the players all the best for a great new season! 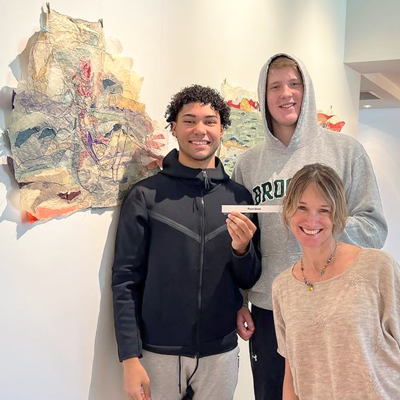 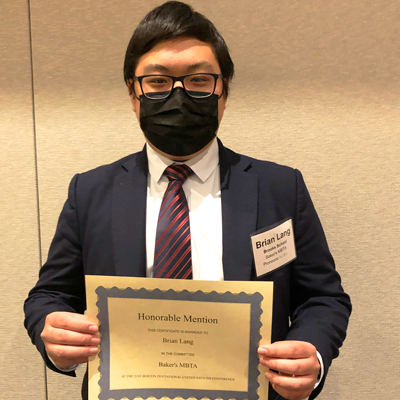 A "Model" Reunion
Students competing at the Boston Invitational Model UN competition enjoyed returning to the event in-person — and meeting up with a person from Brooks, alumnus Nashr El Auliya '20!

Networking 101
Alumni returned to campus to talk with students about professional skills and networking during an inspiring evening seminar.