Meet our Athletics Hall of Famers

Back to where it all began! On September 29, four alumni and one team will return to Brooks School to be receive the schools highest athletics honor: induction into our Hall of Fame.

Charlie Davies '04, Chelsey Feole '06, Ellie Logan '06, Jen Russell '06 and the 2002 girls 1st soccer team will accept their awards during Alumni Homecoming in a special ceremony for them next to the turf field at 3:30 p.m. 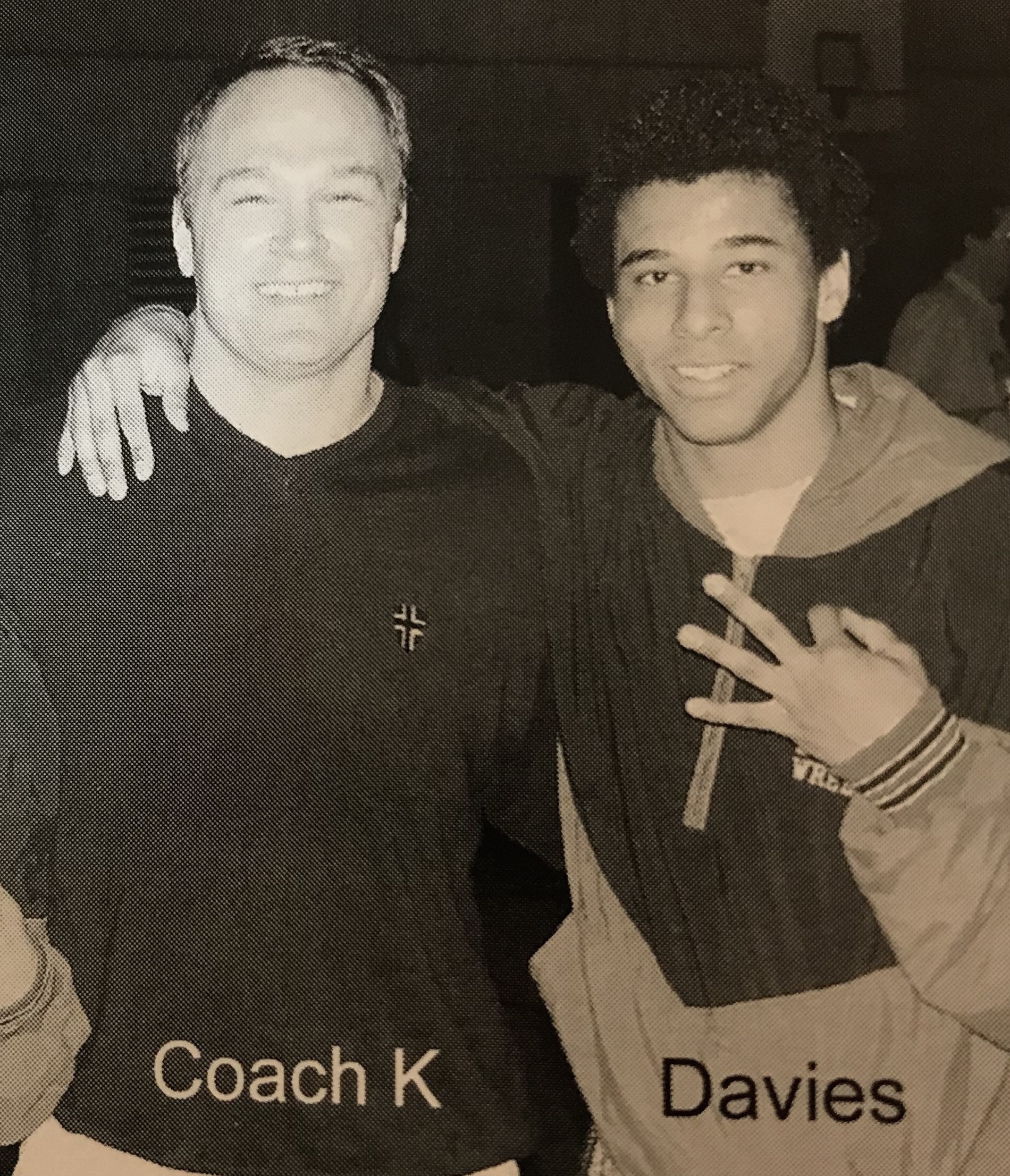 "It is a tremendous honor to be inducted into the Brooks School Hall of Fame," said Davies, a wrestler and soccer standout who went on to play professional soccer with the Philadelphia Union and New England Revolution teams, as well as represent the United States at the 2008 Olympics, before retiring and then re-joining the Revolution as the squad's first-ever Club Ambassador. "I'm extremely thankful for the opportunity I had to attend Brooks School and the fantastic sport teams I was a part of."

There's a sport for everyone at Brooks! 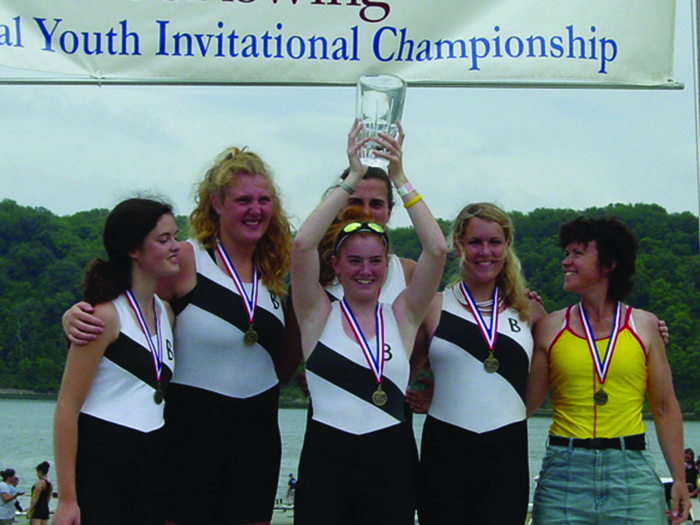 Fellow Olympian and inductee rower Ellie Logan' 06 (above, second from left) looks to her Brooks years with gratitude as well. The three-time, gold-medal winner has said, "I think the reason I love to row is because of my early experiences at Brooks. Lake Cochichewick is a great place to row. Having this beautiful body of water on campus, where you can just walk down to the boathouse, is so special. I was very lucky to have that."

Lucky, yes, but Davies, Logan and all the inductees' accomplishments show that their Hall of Fame titles are well deserved. The honor, established in 2002, recognizes individuals who have made exceptional contributions to the quality and tradition of Brooks School athletics. (Student athletes and managers are eligible for consideration upon the fifth anniversary of the end of their final year at Brooks. Coaches and administrators will first become eligible upon their retirement from Brooks). Attributes of sportsmanship, athletic excellence, versatility, character, leadership and commitment are all considered by the Athletics Hall of Fame Committee, which selects each year's honorees. 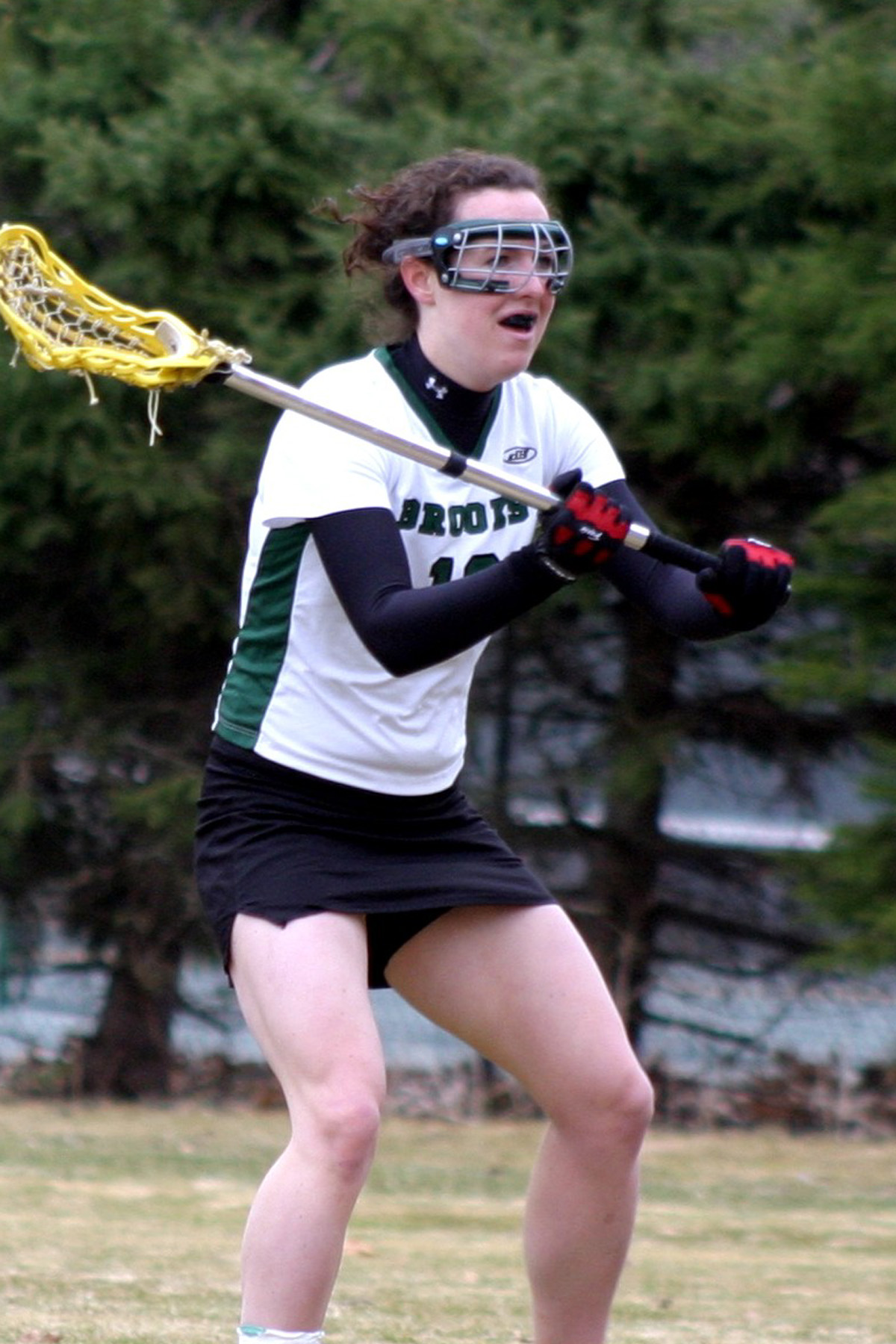 Professional lacrosse player Jen Russell '06 is a great example. After starting off in spectacular fashion at Brooks — winning the Class A New England Championship and going 17-0-0 for the first time in school history her first year on the soccer team — she continued to dominate in lacrosse at the University of North Carolina and go on to play for the Boston Storm in the United Women's Lacrosse League. She won gold with the U.S. Women's National Team at the Women's Lacrosse World Cup in 2017.

"Brooks is a very special place to me," she said. "At Brooks, I fell in love with lacrosse and I built the foundation of skills that led to my athletic success after graduation... Through sports and in the classroom, that I learned the importance of teamwork, a strong work ethic, and leadership – invaluable skills that have, over time, transcended my positions on the athletic field and moved into my personal and professional life." Being chosen for the Hall of Fame has made her "truly humbled," she added. 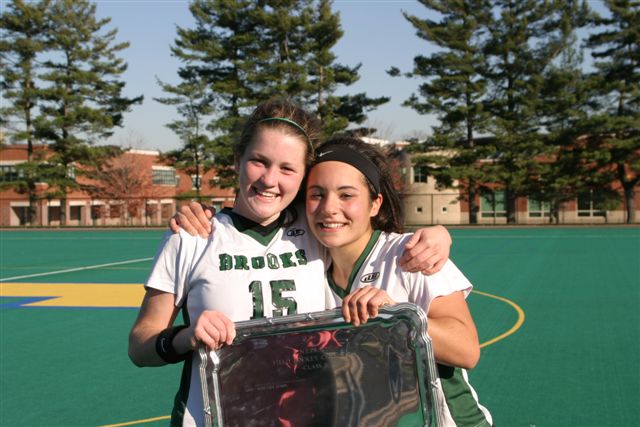 Field hockey phenom Chelsey Feole '06 (above, on right) has an impressive list of accomplishments as well, including helping lead Brooks field hockey to its first-ever NEPSAC Championship in 2004, going All-American twice at Boston College (where she holds the college's single-season record for goals and points in a season (26 and 63, respectively) and helping to lead the UMass Lowell team, as a coach, to a 24-0 season and a national championship.

Now working as founder and director of NorthEast Elite Field Hockey, she shared, "Brooks demands work ethic, social independence, and adaptability — all things that have set me up for success with life and career today. In and out of the classroom, the life lessons, experiences, and opportunity to meet and interact with such wonderful peers and faculty members every day was life changing for me."

Calling her years at Brooks "the most meaningful of my life," Feole said "to be honored in the Hall of Fame is something I will forever cherish and be grateful for." 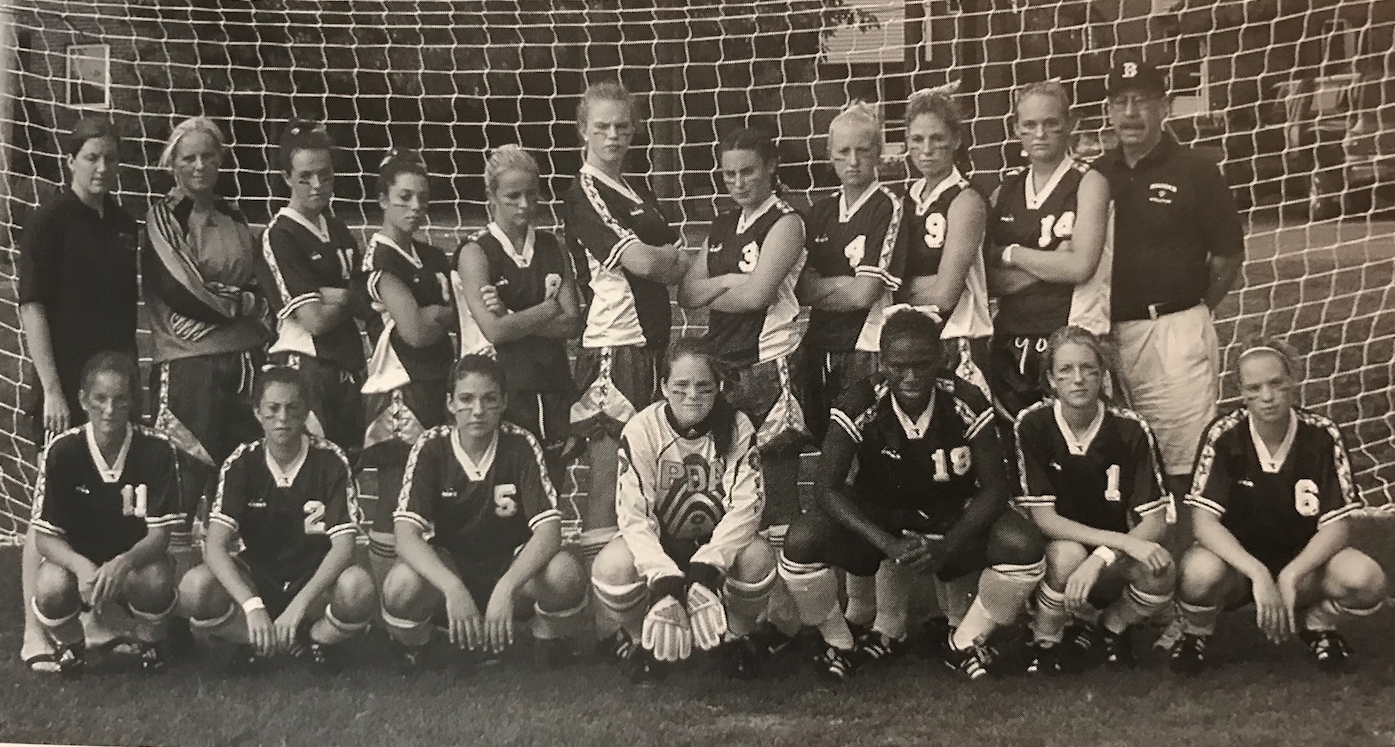 The 2002 team honored together, girls 1st soccer, for their part, was "talented and focused," said their former coach, Bob Morahan. "On top of that, they got along very well and many have remained close friends for the past 15 years."

Calling their 17-0-0 season "storybook," captain Kate Lombard '03 confirmed, "to this day, my closest friends are the ones I made at Brooks."

And it's that camaraderie, on the field and off, that she recommends current Brooks students embrace. "Remember that sports are fun!" she said. "Years later, it's not the wins and losses that you remember, it's the laughter and friendships you form from training and competing together that will last a lifetime."

Davies's advice is to be adventurous! "Try out for sports you've never played or experienced," he said. "You may surprise yourself."

Being part of a Brooks team "means so much more than wins and losses," added Feole. "It's about camaraderie, unique team bonding rituals, hilarious team dinners and so on. Never in your life again will you have the opportunity to play multiple sports in one year, so take it all in and remember, the few hours a day you have with your teammates should be a time to feel stress free, rejuvenated, and genuinely happy."

Be present, echoeed Jen Russell. "Enjoy every minute of being a part of such a special school," she said. "I promise, it is one of the best times of your life!"

Diary of a Year in Spain
Nick Miller '19 just returned to Brooks after a year abroad in Spain studying, traveling and learning to see the world from a new perspective.

Hitting the Clubs
Students explored nearly 50 options for groups to join on campus during our annual club fair.