Students Learn from Artist Who Inspired Their Class

When artist-in-residence Emilie Rhys departs Brooks' campus after her exhibit in the Lehman Art Center formally opens this evening, she's leaving behind gifts for the students she taught this week.

The New Orleanian brought fountain pens to give to the 12 students in Brooks' "Drawing the Music" Winter Term class "so that they can keep messing around with them!" she said.

See photos from Rhys's visit and exhibit in the Robert Lehman Art Gallery.

Fountain pens were not previously a go-to tool for artists at Brooks, but thanks to Rhys's tutelage this past week, the students are not only learning how to use them but how to draw with them beautifully on the fly.

Rhys's signature pen-and-ink style, you see, was the inspiration for the "Drawing the Music" Winter Term course. Her art is all about producing images of musicians on site during live performances in and around New Orleans. She exhibits and sells the drawings in her French Quarter gallery, Scene by Rhys Fine Art.

Next year, the New Orleans Jazz Museum will also display her work, which celebrates the music and musicians of the city — alongside works by her father, the late artist Noel Rockmore. All of the drawings that she's exhibiting in Brooks' Lehman Art Center were likewise done live during musical performances.

Learn more about Brooks School's new $28 million Center for the Arts on campus.

Prior to her arrival on campus January 14, "Drawing the Music" students had spent about a week going to music shows and sketching them, which Rhys acknowledges can be a challenge. "I think it's very different, because people don't expect to necessarily draw live performances," she explained. "They're there to take it in as an audience member."

But when singer, saxophonist, flutist Stan Strickland came to campus for a concert on Wednesday evening so that the class could practice drawing him, they all learned a lot. "I said to the students, 'Now this was a great challenge because he played so many instruments, and he moved around so much.'" said Rhys. "I showed them everything that I had started and couldn't finish. And I think that was a good experience for them, to see that even a professional can't possibly get a bunch of good pictures down in a situation like that but have a wonderful time anyway."

Rhys herself has been having a wonderful time teaching at Brooks for the past five days. "It's been a great pleasure to be here at this beautiful school," she said. "The kids have been very responsive to the work, too. Many of them are learning how to use fountain pens for the first time — and they are also learning a technique that I developed, which is smudging the ink in a particular way."

The smudging "contributes to a feeling of movement in the piece," she explained. "Instead of being a static image it has a sense of flux, it's in motion. Also, artistically, smudging provides a powerful contrast. Without adding a lot of lines it permits you to develop a sense of dimensionality in the artwork, a sense of depth."

The degree to which Brooks students have thrown themselves into learning this technique, as well as how to draw live action, has seriously impressed her, she added. "Certainly going out in public and drawing would not be something that would have been on the list to do [for a tentative artist]," she said. "And now they've done it so they can say, 'Hmm, that was great – or it wasn't.' But they've done it!"

With an art career spanning more than 40 years, Rhys (shown below sketching student musicians in a faculty home on campus) knows talent when she sees it – and has seen lots of it here at Brooks this week. "Some of the students already have really phenomenal skills with drawing and a personal relationship with it, meaning it's something they go to on their own and clearly dedicate themselves to," she said. "And the students who are not like that, per se, are still enjoying being here and learning something that maybe they wouldn't have tried without taking the course."

She'll be happy even if all that her residence on Great Pond Road achieves is making art more accessible to all. "I hope students take away the idea that art is something that, whether or not they choose to pursue any form of a career in the arts, they can personally be involved with on a very informal level," Rhys explained. "I hope they've learned that art can be something that enriches their lives, something that allows them to express things that you can only express through art!"

Chris Herren's Addiction Stories
One motivated student got the former NBA pro to come to campus and talk with Brooksians about preventing drug use and getting help when you need it. 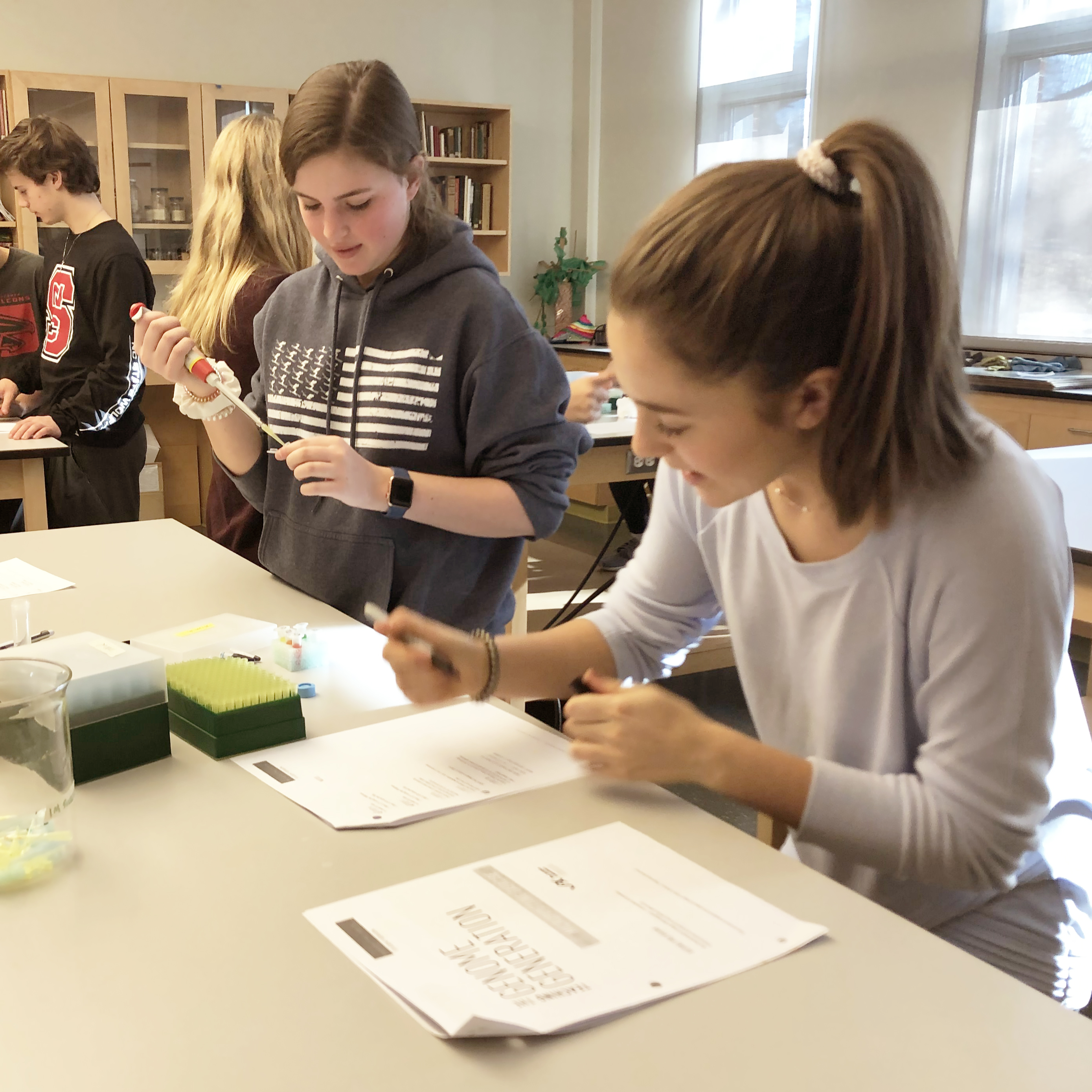 Visiting Actor Takes Us Inside Hollywood
Filmmaker Hank Rogerson spoke with English, art and acting students about what it's like on camera and in the director's chair.