Behind the Scenes of "Clue"

Audiences who come to the Center for the Arts theater next weekend to watch Brooks School's fall play, the murder mystery "Clue," are in for impressive visual surprises along with the plot twists. "They will see seven different rooms on this one stage," said Art Technical Director Sarah Spollett. "Four of the rooms move!"

Transforming an empty stage into a Tudor manor for the production (based on the famous board game) was the handiwork of a dedicated Stagecraft Carpentry class and afternoon activities group that has been toiling on the project for about a month now.

"The big moment of putting this all together was seeing the platforms open up, and the rooms open up, the way they are supposed to," said Spollett. "That is the most involved mechanical thing on the show, so it was really nice that it worked well."

Constructing the two large platforms and paneled walls that can be taken in and out as needed — plus trim work and hours (and hours and hours) of painting — was completed on schedule thanks to the stagecraft students.

Each is learning "proper and safe operation of hand and power tools" as well as "stage carpentry processes, including building and covering scenery, rigging and flying scenic pieces, and lofting and sawing techniques" through the class, as detailed in the course catalog.

"We got the design drawings from a designer and then I do the build drawings, which is what my class takes and then builds the show based on," said Spollett (above on left). Easy, right? Not if you're the one doing it, say a few of the students.

"I think it's pretty cool seeing all your work come together," said Daniel Valenti '24.

"There's a lot of work that goes into it," said Cam Smith '24. "This is so much harder and more difficult than it looks like it would be ... and there's so much paint that needs to go on it!"

Though building a mansion in the middle of the theater has been sometimes literally heavy lifting, it's a process Smith and his classmates learned to enjoy.

"I was looking forward to using the power tools and then we got to use them a bunch when we were cutting the wood and then nailing everything together. So that was fun," Smith added.

"I've come to realize that it is a very fun class," said Daniel Valenti '24. "Everybody always has a smile on their face every day. We get to paint and listen to music and everybody just gets along." 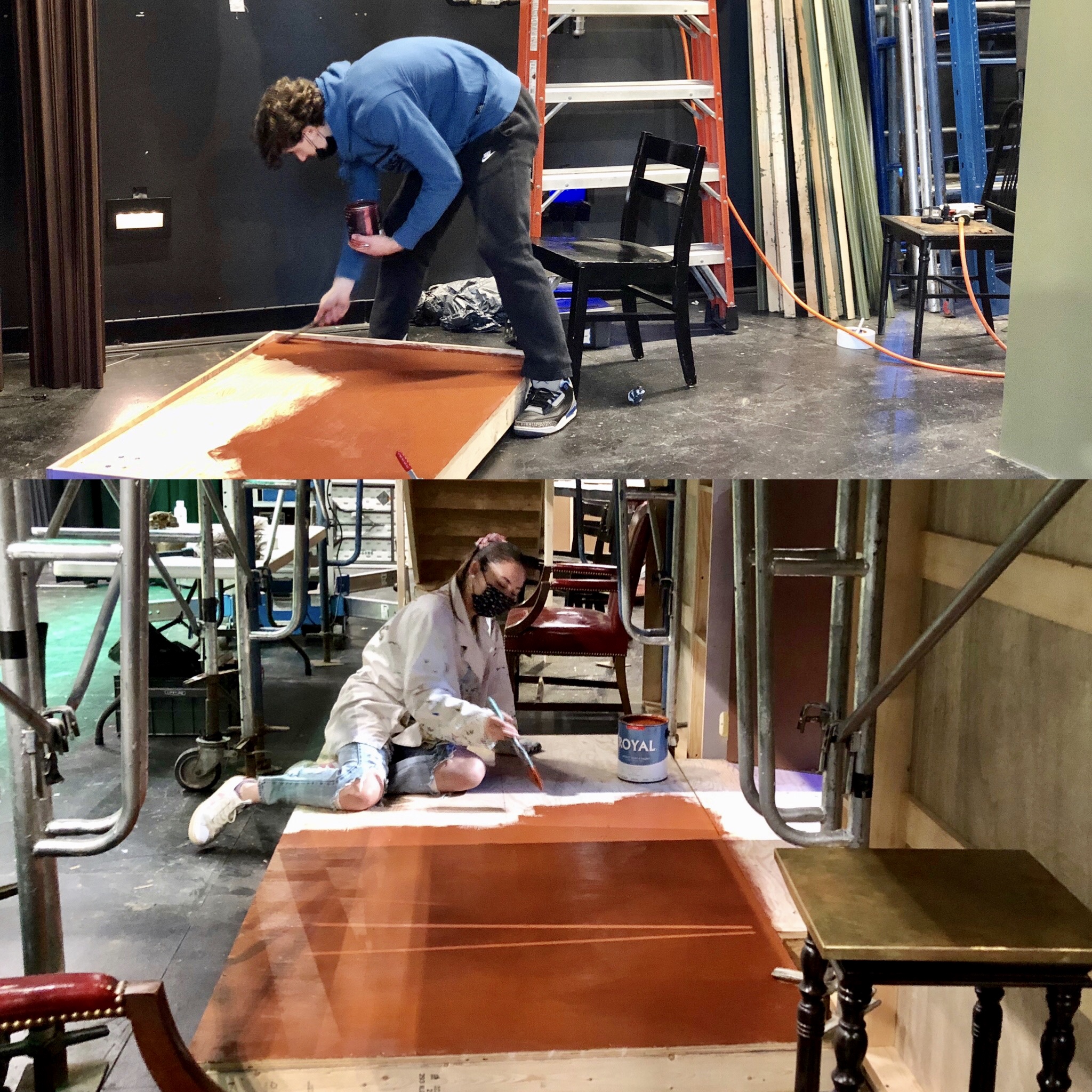 The hands-on aspect of stagecraft is what Lughano Nyondo '24 said she most appreciates. "It's amazing how it's come together," she added. "When we started, it was just kind of parts of wood and how Ms. Spollett helped us put the stuff together ... it's just amazing."

For Chris Liu '24, though, the most important transformation was actually to her own skill set. "I've never done anything like this before," she said. "Now, I've tried a lot of new things, like using different saws and that's been really cool. I've really enjoyed it."

As the set grew, her confidence did, too. "We built a really big platform and we did it from scratch," Liu added. "I feel very accomplished after making that."

So even before the curtain goes up on opening night November 4, there will already be a satisfied theatergoer in the audience. "I'll know that I actually helped set this up," she said. "And I'm really proud of myself for it."

Get to Know the New Faculty
Sixteen educators joined our ranks to teach at Brooks this fall – and have fascinating interests and backgrounds. We got the scoop in five fast questions!

Giving Brooks' New Exhibit a Hand
Photography student Ella Dooling '22 created a virtual exhibit of the collection currently on display on campus: "A Show of Hands" by Henry M. Buhl '48.